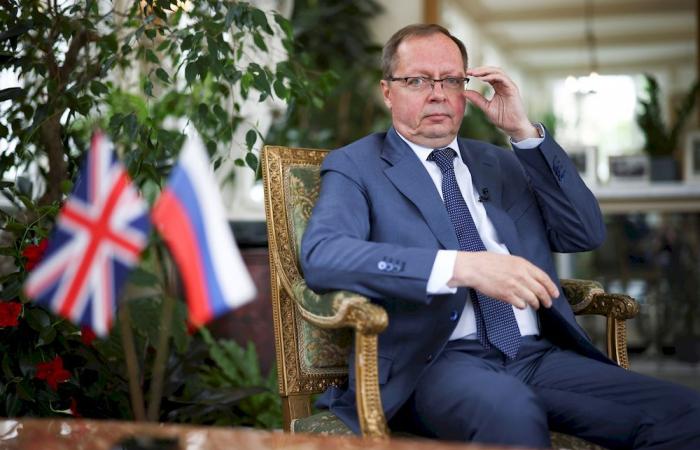 Hello and welcome to the details of G7 playing a ‘dangerous game’ by pushing Moscow towards China, says Russian envoy and now with the details

LONDON, May 20 — The Group of Seven is playing a “dangerous game” by making aggressive and baseless criticism of the Kremlin because it pushes Russia closer to China, Russia’s ambassador to London Andrei Kelin told Reuters today.

G7 foreign ministers this month scolded both China and Russia, casting the Kremlin as malicious and Beijing as a bully, but beyond words there were few concrete steps aside from expressing support for Taiwan and Ukraine.

The G7, in a 12,400-word communique, said Russia was a destabilising influence on the world because of its 2014 annexation of Crimea, its build up on Ukraine’s border and its meddling in the internal affairs of other countries.

Kelin said the G7’s critique was biased, confrontational, lacked substance and was stoking anti-Western feelings among Russians, while its aggressive attitude towards Russia and China was pushing the two powers together.

“This is a dangerous game,” Kelin, 64, told Reuters. “Russia and China have enormous potential in different fields – in the economy, in technology, in military capacities, in politics – this potential is spread around the world.”

“We are not allies with China, however pushing Russia and China, it closes our ranks with China – in that sense we are more and more united against challenges that are being presented from the West.”

Russia, the world’s largest country by territory, denies it meddles beyond its borders and says the West is gripped by anti-Russian hysteria.

China, the world’s second largest economy, says the West is a bully and that its leaders have a post-imperial mindset that makes them feel they can act like global policemen.

G7 leaders gather for a summit in St Ives, in the southern English region of Cornwall, on June 11-13. How to deal with President Vladimir Putin’s Russia is expected to be on the agenda.

Kelin, a career diplomat who speaks fluent English, French and Dutch, said Russia would proceed according to its own geopolitical interests and that if there were issues that needed to be discussed then dialogue was the best way.

“But the G7 prefers megaphone diplomacy,” Kelin said. “This is a club that expresses certain opinions on different subjects but it has no grounds to judge other countries about the state of democracy.”

Asked about G7 criticism of the state of human rights in Russia, Kelin said the United States and Britain should pay more attention to the state of their own democracy after the attacks on the US Capitol and race issues in Britain.

“Look at yourself in this situation – but they don’t want to look at themselves,” Kelin said. “No one gives them the right to judge others – especially on the state of democracy.”

Russia was brought into what became the Group of Eight in 1997 under former President Boris Yeltsin but its membership was suspended in 2014 after the annexation of Crimea.

“We see discussions on this subject: let’s invite Russia, let’s not invite Russia. It is strange for us as we are not eager to become once again a part of this club,” Kelin said. “In our view it has lost its authority.”

“It is divisive – it has a tendency to split the world into friends and aliens: they want to talk about coalitions of friends targetted against the others. This doesn’t bring solutions – it brings more problems to the world,” Kelin said.

Russia, he said, was more interested in other forums such as the G20, Shanghai Cooperation Organisation and the BRICs organisation. — Reuters

These were the details of the news G7 playing a ‘dangerous game’ by pushing Moscow towards China, says Russian envoy for this day. We hope that we have succeeded by giving you the full details and information. To follow all our news, you can subscribe to the alerts system or to one of our different systems to provide you with all that is new.