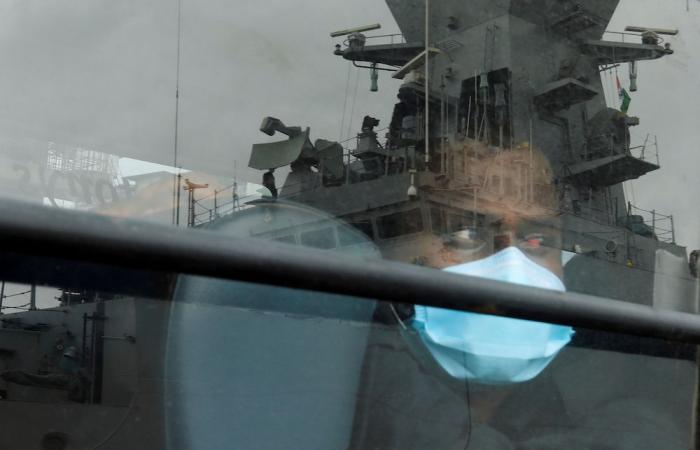 AHMEDABAD, May 20 — Naval vessels and aircraft scoured the waters off India’s west coast late on Wednesday after the most powerful cyclone in more than two decades battered the region, sinking an oilfield accommodation barge and killing 26 aboard, authorities said.

Cyclone Tauktae unleashed waves of up to 25 feet (7.6 metres) offshore before it hit the states of Maharashtra and Gujarat over the past two days, leaving a trail of destruction that killed 62 others, authorities said.

Naval ships and aircraft have been deployed to search for the 49 still missing from the barge tragedy.

“Search and rescue (SAR) operations off Mumbai and Gujarat entered their third day today. Indian Naval ships and aircraft are presently undertaking SAR of the missing crew members of accommodation barge P-305, which sank on May 17, 35 miles off Mumbai,” the navy spokesperson said in a statement.

The barge, with 261 people on board, sank after the storm smashed into the Bombay High oilfield near Mumbai, where India’s biggest offshore oil rigs are located.

The navy said 186 people had been rescued from the barge contracted to state-run energy explorer Oil and Natural Gas Corp .

“No one would have had survived if not for the help that came... We are thankful they saved our lives,” one survivor told Reuters TV partner ANI.

“I had never thought of witnessing a situation like this. I was thinking about my family more than my life. I got injured while jumping off the barge,” another worker rescued from the barge told ANI.

The barge was deployed by Afcons Infrastructure Limited, a construction and engineering company based in Mumbai.

“We will extend our fullest support including financial assistance to the bereaved families in this hour of their need,” Afcons said in a statement.

Several other ONGC vessels were stranded in the storm and the government has set up a committee to enquire into the sequence of events.

“The stranding, drifting and subsequent events have led to loss of several lives,” the government said in a statement.

Prime Minister Narendra Modi made an aerial survey of the damage in his home state of Gujarat, the state government said.

Relatives of those killed in the cyclone would also get financial assistance from the government.

Cyclone Tauktae has weakened since making landfall in Gujarat on Monday with gusts of up to 210 kph (130 mph) and is expected to lose strength overnight, weather officials said.

It ripped out power pylons, damaged about 16,500 homes and blocked more than 600 roads, piling pressure on authorities battling a massive spike in Covid-19 infections and deaths.

“Restoration work is extremely challenging due to rain and strong winds, but we are focusing on the efforts on a war footing,” Gujarat chief minister Vijay Rupani said.

Surveys to ascertain the farm losses and other damages would begin in full form tomorrow, he added.

Gujarat, among the states hardest hit by the second wave of the virus, will resume its vaccination effort from Thursday, after a three-day suspension because of the cyclone, a state health official, Jai Prakash Shivahare, told Reuters.

Wall collapses, electrocution incidents and falling trees were responsible for most of the state’s 46 cyclone deaths.

“We are yet to establish contact with many villages, and it is very likely the number of dead will rise,” an official said, requesting anonymity. — Reuters

These were the details of the news Rescuers hunt 49 missing as cyclone pummels Indian coast for this day. We hope that we have succeeded by giving you the full details and information. To follow all our news, you can subscribe to the alerts system or to one of our different systems to provide you with all that is new.