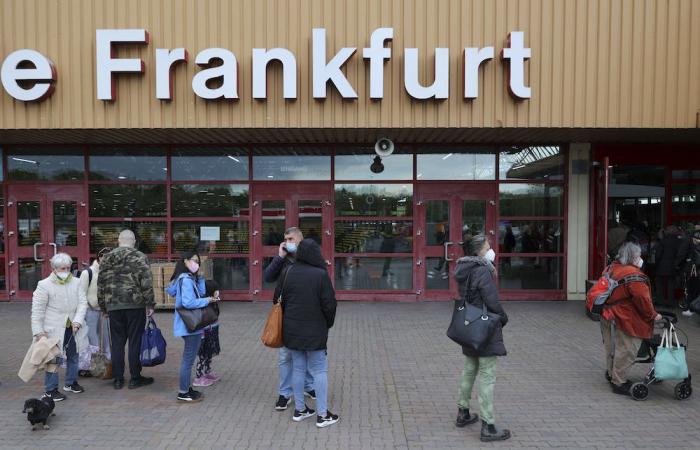 Hello and welcome to the details of Authorities evacuate 25,000 after massive WWII bomb found in Frankfurt and now with the details

FRANKFURT, May 20 — Thousands of people, some of them shaken, were evacuated Wednesday from a neighbourhood of Germany’s financial capital Frankfurt following the discovery of a massive World War II bomb.

City authorities said 25,000 people were evacuated from the densely populated Nordend area after the 500 kilogramme bomb was unearthed during construction work.

Bomb disposal teams are due to detonate the explosive once they cover it with soil, the authorities said.

People sheltering at a skating rink expressed concern about the latest discovery of a World War II bomb, which still occurs regularly 76 years after the war’s end.

Tobias, 29, said he heard the news over a police loudspeaker.

With his pet cat in a cage, he confessed he felt a “bit of stress” when he was ordered to leave his home immediately.

Barbara, 77, said she heard it the radio.

“It was a bit of a shock, we don’t expect that,” she told AFP, adding she wanted to return home as soon as possible.

Germany is littered with unexploded World War II ordinance that is often found on work sites.

Seven bombs were defused in 2020 on land near Berlin where Tesla plans to build its first factory in Europe for electric cars.

Other bombs were also discovered last year in Frankfurt, Cologne, and Dortmund.

These were the details of the news Authorities evacuate 25,000 after massive WWII bomb found in Frankfurt for this day. We hope that we have succeeded by giving you the full details and information. To follow all our news, you can subscribe to the alerts system or to one of our different systems to provide you with all that is new.

PREV In Siberia, volunteers wage war on Russia's wildfires with shovels and saws
NEXT Deadly heat wave slams Canada, US