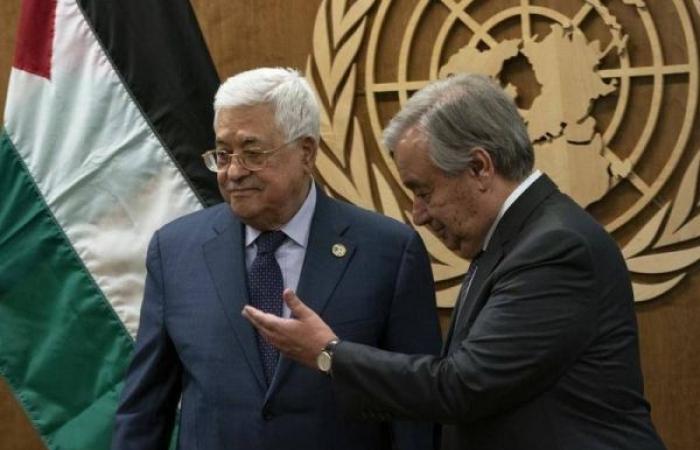 During the call, Abbas stressed the need for an immediate end to deadly Israeli attacks on the Palestinian people in the Gaza Strip, calling to hold the Israeli occupation accountable for committing war crimes.

He further stressed the need to put a stop to the Israeli extremist settler attacks, which are backed by the Israeli forces, against Palestinians in occupied Jerusalem and attempts to forcibly expel Palestinians from their homes in Jerusalem’s Sheikh Jarrah neighborhood, as well as attacks against Muslim and Christian holy places in the city.

The UN chief and the Palestinian president also discussed efforts to hold a meeting for the UN General Assembly scheduled for Thursday (May 20) in New York and to continue working for the issuance of the UN Security Council resolution, the Palestinian news agency WAFA reported.

Abbas thanked the UN chief for the efforts made by the international organization to stop the Israeli escalation, stressing the need to provide urgent humanitarian aid to the Palestinian people and to exert further efforts to respond to the humanitarian situation in Palestine.

For his part, Guterres affirmed that the UN is exerting increased efforts to achieve an immediate ceasefire, to provide urgent humanitarian relief assistance, and to continue working with the International Quartet to achieve a political horizon that leads to a comprehensive and just peace in accordance with international law.

These were the details of the news UN chief reviews Gaza ceasefire efforts
with Palestinian president in phone call for this day. We hope that we have succeeded by giving you the full details and information. To follow all our news, you can subscribe to the alerts system or to one of our different systems to provide you with all that is new.