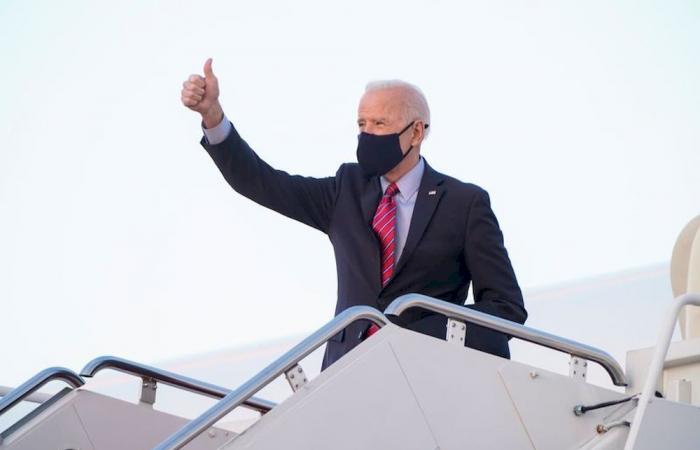 The fourth call in a week between the two leaders came after Netanyahu was quoted by Israeli media as saying he was not setting a timeframe for an end to more than a week of hostilities.

Biden has faced increasing pressure even from fellow Democrats to take a more active and public role to broker a ceasefire.

“The two leaders had a detailed discussion on the state of events in Gaza, Israel’s progress in degrading the capabilities of Hamas and other elements, and ongoing diplomatic efforts by regional governments and the United States,” White House spokeswoman Karine Jean-Pierre told reporters.

“The president conveyed to the prime minister that he expected a significant de-escalation today on the path to a ceasefire,” Jean-Pierre added.

The call took place shortly before Biden left Washington on a trip to a Coast Guard commencement ceremony in Connecticut.

Palestinian medical officials said 219 people have been killed in 10 days of aerial bombardments, which have destroyed roads, buildings and other infrastructure, and worsened the already dire humanitarian situation in Gaza.

Israeli authorities put the death toll at 12 in Israel, where repeated rocket attacks have caused panic and sent people rushing into shelters. Regional and US-led diplomatic efforts to secure a ceasefire have intensified but so far failed. — Reuters

These were the details of the news Biden urged ‘de-escalation’ today in new call with Netanyahu for this day. We hope that we have succeeded by giving you the full details and information. To follow all our news, you can subscribe to the alerts system or to one of our different systems to provide you with all that is new.