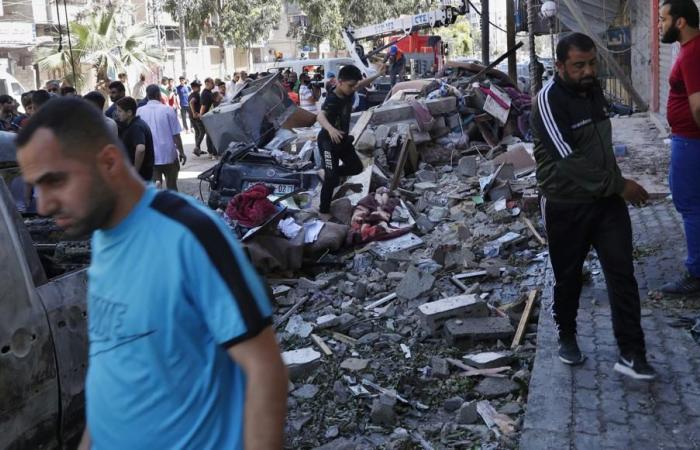 You are now following the details of the The Latest: Arab League accuses Israel of ethnic cleansing news and now we leave you with the details

Mohamed Nass - Cairo - CAIRO — The Arab League Parliament has convened an extraordinary meeting in Cairo to express solidarity with the Palestinians and condemn Israeli strikes on the Gaza Strip.

Those in attendance at the meeting Wednesday wore traditional Palestinian black-and-white scarves in a sign of support.

The Arab League Secretary-General Ahmed Aboul Gheit said: “The truth is becoming crystal clear now with all its ugliness and hideousness: we are before a colonizing people that lives under an apartheid state and an occupation government that systematically practices ethnic cleansing.”

He said: “Without it, there will be no peace, no security, no stability and no agreement.

IMAGE: People inspect the rubble of destroyed the Abu Hussein building that was hit by an Israeli airstrike early morning, in Gaza City, Wednesday, May 19, 2021. (AP Photo/Adel Hana)

These were the details of the news The Latest: Arab League accuses Israel of ethnic cleansing for this day. We hope that we have succeeded by giving you the full details and information. To follow all our news, you can subscribe to the alerts system or to one of our different systems to provide you with all that is new.