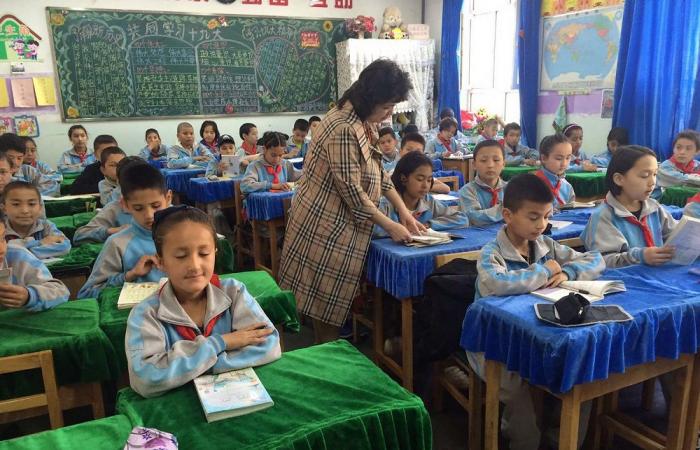 BEIJING, May 19 — She was already beyond child-bearing age, but Qelbinur Sedik says Chinese authorities still forcibly sterilised her, part of what she describes as a systematic campaign to suppress births of Uyghurs and other minorities in the tense Xinjiang region.

In 2019, Sedik — then aged 50 — says she begged authorities to spare her from being fitted with the compulsory IUD, as previous attempts resulted in severe pain and bleeding.

So community workers gave her no choice but to be sterilised at a clinic in her home city of Urumqi, under threat of police action if she refused.

Upon returning home, she says she bled non-stop for several days.

“Why would they extend this to women aged over 50, who’ve gone through menopause and have no way of giving birth?” she told AFP from Holland, where she is seeking asylum.

Sedik, who still suffers from chronic pain and abnormal bleeding, is an ethnic Uzbek, one of the Turkic Muslim ethnic groups that live in Xinjiang.

In the northwest territory, official data shows birth rates have nearly halved between 2017 and 2019 — the steepest drop of all Chinese provinces and regions in that time and the most extreme globally since 1950, according to an analysis by the Australian Strategic Policy Institute (ASPI).

After reaching Europe, Sedik said she was still in shock.

“I couldn’t get out of bed for five months. I couldn’t fall asleep. My daughter saw me crying every day,” she recalls.

For decades, Xinjiang had some of China’s highest birth rates, which led to rapid growth in the Uyghur population. Today, it is home to around 12 million mostly Muslim Uyghurs who make up half the population.

Now, the pendulum has swung the other way as Beijing seeks to exert control over what it views as unruly minorities in a strategic border region.

Scholars and rights advocates say ramped-up birth control policies since 2017 — including arbitrary quotas for sterilisation and IUD insertion, and imprisonment for having too many children — are part of a deliberate, state-backed attempt to suppress ethnic minority births in Xinjiang.

These measures coincided with a mass internment campaign that has swept up an estimated one million Uyghurs and other minorities, which Beijing says is to eradicate Islamic extremism in the region after a spate of inter-ethnic violence and attacks.

In contrast, Beijing is encouraging the predominantly Han Chinese population nationwide to have more children to stave off a looming demographic crisis.

A growing number of Western parliaments — and the US government — have declared China’s repression of minorities in Xinjiang “genocide”, an accusation rights advocates say is supported by a growing body of evidence.

Population growth has now dropped to zero — and even below zero — in some minority-heavy Xinjiang counties, according to government data cited by German researcher Adrian Zenz in a 2020 report.

The same report found that sterilisations in Xinjiang jumped from 3,214 in 2014 to over 60,000 in 2018, while the region accounted for 80 per cent of newly-inserted IUDs nationwide that year.

In Uyghur-majority Kashgar and Hotan prefectures, natural population growth plunged by 70 and 75 per cent in 2017-18, according to yearly Social Economic and Development reports published by the local government.

A similar trend occurred in other parts of southern Xinjiang. In 2018-19, Kizilsu prefecture’s natural population growth slowed 44 per cent, while that of Qiemo county decreased 45 per cent, according to official statistics.

The ASPI report said these policies disproportionately target minority populations, “reducing birth rates in southern Xinjiang to targets that are among the lowest in the world”.

For the first time, Xinjiang’s latest statistical yearbook for 2020 was missing key population data — a sign of its sensitivity.

Suppressing population growth would be “highly compatible with the broader goals of the Chinese Communist Party in Xinjiang”, said Zenz, senior fellow at the Victims of Communism Memorial Foundation in Washington.

“It’s very much about control over minorities,” he added.

Beijing has repeatedly accused Zenz of fabricating anti-China disinformation and backed defamation lawsuits against him.

China does acknowledge falling birth rates in Xinjiang since 2017.

The Xinjiang Development Research Centre study argued this was because women had “avoided being trapped by religious extremism into becoming fertility tools”.

The Xinjiang government did not respond to an AFP fax for comment.

But independent researchers fear grim factors are discouraging — and preventing — minorities from having children.

“Endemic family separation” via mass internment plays a huge role in suppressing births and “disruption in marriage patterns” among Uyghurs, according to Darren Byler, an anthropologist at the University of Colorado.

“Uyghur social reproduction itself has been deeply damaged” since young people are separated from families who would normally help in choosing marriage partners, he told AFP.

The government campaign may have wider ramifications: A key criteria of proving genocide under the UN Convention is determining “genocidal intent” behind actions.

“The unparalleled drop in demographic growth in Xinjiang confirms that Uyghurs and other groups are the target of a genocide-in-the-making,” he added. ­— AFP

These were the details of the news Forced sterilisation and Xinjiang’s shrinking population for this day. We hope that we have succeeded by giving you the full details and information. To follow all our news, you can subscribe to the alerts system or to one of our different systems to provide you with all that is new.