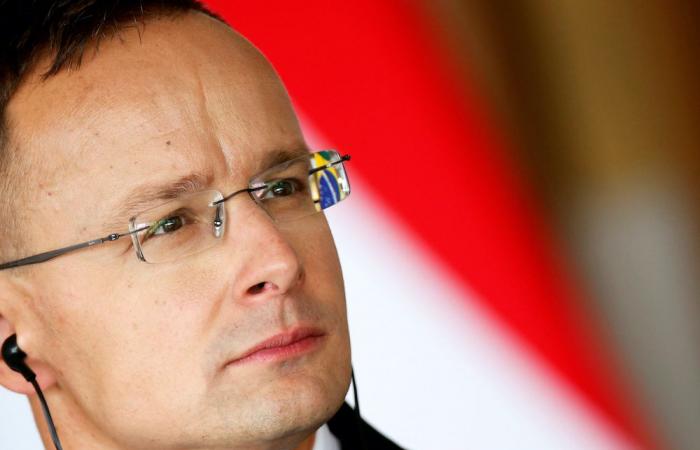 PARIS, May 19 — Hungarian Foreign Minister Peter Szijjarto yesterday condemned the EU’s “one-sided” statements on Israel, as his European counterparts called for a ceasefire between Israel and the Palestinians.

“I have a general problem with these European statements on Israel...,” Szijjarto told AFP in an interview.

“These are usually very much one-sided, and these statements do not help, especially not under current circumstances, when the tension is so high.”

EU foreign policy chief Josep Borrell yesterday called for a ceasefire to stop the fighting between Israel and the Palestinians.

Borrell said the statement, issued after a video conference of EU foreign ministers, was backed by all the bloc’s member states except Hungary.

Heavy air strikes and rocket fire in the Israel-Gaza conflict claimed more lives on both sides yesterday after more than a week of fighting.

Israel’s bombing campaign on Gaza has killed 213 Palestinians, including 61 children, and wounded more than 1,400 people in Gaza in more than a week of fighting against Islamist group Hamas, according to the health ministry in Gaza.

Hungary has been criticised in some quarters for its diplomatic tilt from West to East — a foreign policy nationalist Prime Minister Viktor Orban calls “eastern opening”.

It has recently used its veto power to block EU statements on China, for example.

In the interview with AFP at the Hungarian embassy in Paris, Szijjarto insisted that blocking such decisions “is a right of every country in the European Union”.

Past EU statements on China had not helped “change things”, he argued.

“So if we have already made eight statements, which didn’t make sense, why should we make a ninth one? ... EU diplomacy should not consist only of judgements, negative statements and sanctions,” he added.

“So I think less judgement, less lecturing, less criticism, less interference and more pragmatic cooperation could give back a lot of strength to the European Union.”

Szijjarto also criticised western European countries for “double standards” on coronavirus immunisation, insisting Hungarian experts had approved Russian and Chinese vaccines and so it was “absolutely not a gamble” to use them.

Hungary has the EU’s highest coronavirus death rate, according to data compiled by AFP from official data. Its current death toll of a little over 29,000 translates to more than 3,000 deaths per million inhabitants.

But its Covid-19 immunisation rollout has been one of the fastest in the EU thanks to its use — alone among the bloc’s 27 members, for now — of China’s Sinopharm and Russia’s Sputnik.

Almost half of Hungary’s population of 9.8 million half already received at least one jab. Slovakia plans to start offering the Sputnik V vaccine in June.

So far however, neither Sputnik and Sinopharm has received a green light from the European Medicines Agency (EMA) for use in the EU.

“We have always looked at the vaccines as they are: tools to save lives of the people,” said Szijjarto.

Other countries however had made the “huge mistake” of seeing them as “issues of geopolitical or ideological nature”, he added.

Szijjarto raised eyebrows last year when Hungarian media published pictures of him holidaying onboard a Hungarian oligarch’s yacht in Croatia, but he dismissed this as a “private” matter.

“Picturing me as if I could be touched by corruption is just simply ridiculous. Everybody in Hungary knows that I’m coming from a pretty rich and wealthy family because of the achievement of my parents being successful entrepreneurs,” he said.

These were the details of the news Hungary foreign minister condemns EU’s ‘one-sided’ statements on Israel for this day. We hope that we have succeeded by giving you the full details and information. To follow all our news, you can subscribe to the alerts system or to one of our different systems to provide you with all that is new.