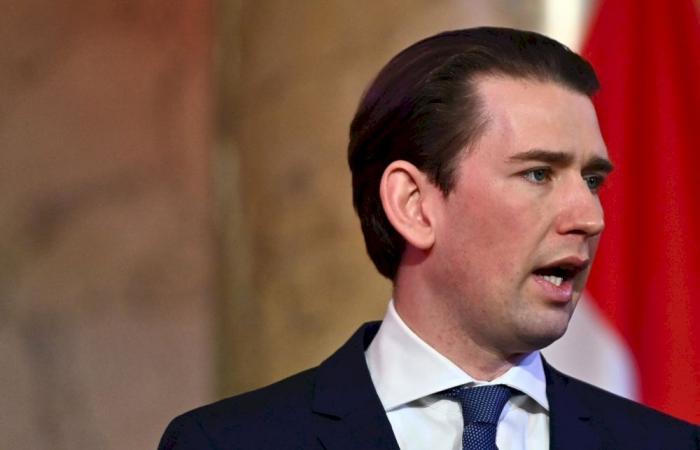 Hello and welcome to the details of Facing probe, Austria’s Kurz sees his image dented and now with the details

VIENNA, May 16 —Once hailed as a “wunderkind”, Austrian Chancellor Sebastian Kurz has seen his carefully built image dented amid coronavirus fatigue and an investigation into whether he lied to a parliamentary committee on corruption.

It should have been a good month for the 34-year-old conservative — who became the world’s youngest democratically elected leader when he first took office in 2017 — with the lengthy virus lockdown easing.

But prosecutors announced on Wednesday that they are investigating Kurz for giving false testimony to a committee of lawmakers probing the “Ibizagate” scandal and other graft allegations.

If charged, Kurz would be the first chancellor to have to face court while in office in the small Alpine EU member of some nine million people.

Kurz himself has dismissed the allegations, saying he expects to be charged but not to be found guilty and that he is refusing to step down, slamming what he says are efforts to unseat him.

“I have said nothing that is not truthful,” Kurz told a selected group of Austrian media outlets on Thursday.

Kurz’s party’s approval ratings already dropped to around 30 per cent last month compared to a high of close to 50 per cent a year ago.

Austria largely managed to keep the virus at bay during the first wave last year, but has struggled in the third wave with a lockdown since last November.

The investigation compounds Kurz’s troubles as his party’s financing and other practices have also come under the spotlight in recent months.

“It’s the most severe crisis in his chancellorship,” political analyst Thomas Hofer told AFP, adding it has “distracted” from this month’s planned re-opening of restaurants and other leisure venues.

“For Sebastian Kurz, who has been spoiled with success for a long time, it is the most delicate phase of his career,” Die Presse daily wrote in an editorial Friday.

The investigation announced on Wednesday pertains to statements Kurz gave to a committee of lawmakers last year, in which he denied having had any influence over the appointment of the head of the OeBAG state holding company, Thomas Schmid.

However, in recent months text messages between Kurz and Schmid have come to light, including one exchange where Kurz wrote: “You get everything you want”, adding several “kiss” emoticons, to which Schmid replied: “I’m so happy :-))) I love my chancellor”.

If found guilty of lying under oath, Kurz could face up to three years in jail.

Kurz already had to step down as chancellor once, in 2019, when his one-and-a-half-year-old coalition with the far-right Freedom Party (FPOe) fell apart because of the so-called “Ibizagate” scandal.

FPOe then leader and vice chancellor Heinz-Christian Strache resigned after a secretly filmed video showed him in a luxury villa in Ibiza offering public contracts to a woman he thought was a Russian oligarch’s niece.

In the aftermath Kurz lost a no-confidence vote in parliament and fresh elections were called, where he managed to secure a strengthened mandate as disillusioned far-right voters flocked to his People’s Party (OeVP).

But Kurz’s current junior coalition partner, the Greens who campaigned on a transparency platform, have been at pains to defend him and his allies hit by allegations of wrongdoing.

In February, the home of OeVP finance minister and Kurz ally Gernot Bluemel was raided as part of a probe into possible party financing offences.

“You can see a very heated atmosphere in Austria right now,” Hofer said, adding the current investigation “increases pressure on the Greens a lot”.

On an international level too, Kurz has frequently had run-ins with other EU leaders.

In the latest row in March, Kurz raised concerns about vaccine distribution within the bloc, saying there had been a lack of transparency surrounding deals between some EU states and vaccine manufacturers.

But analysts point out Kurz’s OeVP is still firmly ahead in the polls.

“Despite the investigations, he overall remains fairly popular as a chancellor,” said Julia Partheymueller of Vienna University’s Centre for Electoral Research.

Another analyst, Peter Hajek, said “on a national level, there is not really any outstanding competitor”.

He added that Kurz could rely on his communication and crisis management skills — at least for now. — AFP

These were the details of the news Facing probe, Austria’s Kurz sees his image dented for this day. We hope that we have succeeded by giving you the full details and information. To follow all our news, you can subscribe to the alerts system or to one of our different systems to provide you with all that is new.