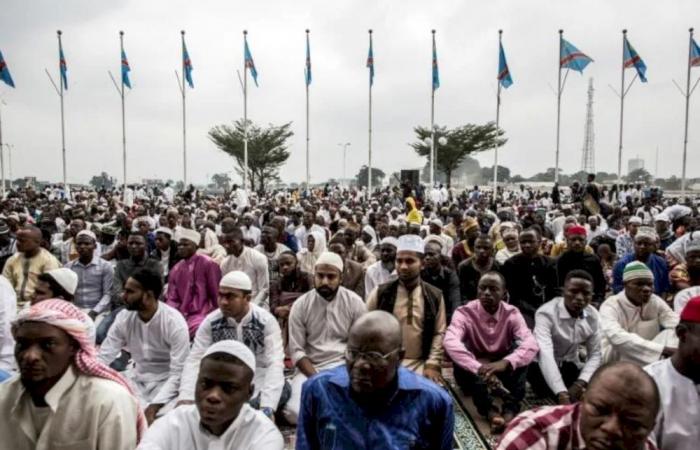 KINSHASA (DR Congo), May 16 — Thirty people were sentenced to death in the Democratic Republic of Congo yesterday for their role in anti-police violence marking the end of Ramadan in the capital Kinshasa.

A policeman was killed on Thursday as rival Muslim groups fought over the right to celebrate the Eid festivities marking the end of Ramadan at a major sports stadium, officials said.

A summary of a cabinet meeting yesterday also referred to the death of an 81-year-old woman in hospital following the violence.

The government has also confirmed that one policewoman was in critical condition and 46 others were injured, with eight in a serious state. About 10 police vehicles were damaged including one that was completely incinerated.

A total of 38 people who had been arrested appeared at Friday’s trial. The trial was broadcast live on public television and lasted until the early hours of yesterday.

They faced charges ranging from criminal association and rebellion to assault and attempted murder.

A lawyer for civil parties, Chief Tshipamba, told AFP 30 people were sentenced to death and a recording of the proceedings obtained by AFP confirmed the verdict.

One defendant was jailed for five years for rebellion, five others were acquitted and the court declared itself not competent to judge the minors arrested.

DR Congo has not carried out death penalties since a moratorium was introduced in 2003. Since then, death sentences have been commuted to life imprisonment.

Two rival factions have for years disputed the leadership of the DRC’s Comico Muslim federation. While the case remains before the courts, the two sides remain at odds and occasionally come to blows.

Around 10 per cent of the DRC’s population are Muslim, most concentrated in the country’s east.

But the capital Kinshasa, which sits on the Congo river in the west of the vast central African country, also traditionally sees mass celebrations for the end of the holy fasting month of Ramadan in public squares and on major roads.

One worshipper, Papy Okitankoyi Kimoto, told AFP outside the stadium it was “devastating to do a month of fasting only to have it end in guerilla street scenes like this”.

Widely circulated images of the violence and of the injured police officers prompted authorities to call for religious leaders to be held accountable.

DR Congo’s sports minister Serge Chembo Nkonde has also suspended the managers of the stadium where the violence took place from their posts. — AFP

These were the details of the news 30 sentenced to death over anti-police clashes in DR Congo for this day. We hope that we have succeeded by giving you the full details and information. To follow all our news, you can subscribe to the alerts system or to one of our different systems to provide you with all that is new.