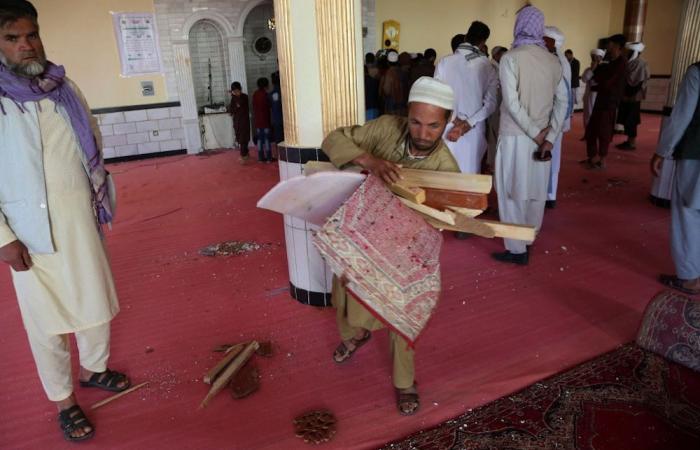 KABUL, May 14 — At least 12 people were killed in a mosque blast on the outskirts of the Afghan capital today, shattering the calm on the second day of a holiday ceasefire between the warring Taliban and government forces.

Among those killed was the imam, who was leading Friday prayers at the mosque for the Muslim festival of Eid al-Fitr. More than a dozen people were injured.

No group has so far claimed the attack and the Taliban denied responsibility.

Afghans have been cautiously enjoying a rare respite from violence following the start of a three-day truce between Taliban militants and Afghan forces which began yesterday, after weeks of intense fighting.

“The death toll has jumped to 12 killed, including the imam of the mosque, and 15 others are wounded,” said Ferdaws Framurz, a spokesman for the Kabul police, updating an earlier toll.

A spokesman for the interior ministry said the explosives were placed in the mosque ahead of the prayers.

The governor of southern Uruzgan province, Fazel Ahmad Shirzad, meanwhile accused the Taliban of twice violating the ceasefire by attacking security forces today — a day after landmine blasts killed several civilians in Kunduz, according to officials there.

The blast comes after US and Afghan officials today said the United States had pulled out completely from a major southern air base in the former Taliban stronghold of Kandahar.

US airstrikes were launched from the base just last week to help Afghan forces push back a major Taliban offensive in the south.

Washington, backed by Nato, has pledged to withdraw all foreign troops and end America’s longest war by September.

Concerns over transfer of base

Kandahar was the birthplace of the Taliban and has in recent months seen intense clashes between the resurgent militants and Afghan forces.

The US embassy in Kabul confirmed on Twitter that US forces had “completed the transition of Kandahar Airfield to Afghan forces this week”.

Khoja Yaya Alawi, a spokesman for the Afghan army in Kandahar, said they were waiting for an official handover, but that the last US troops “left the base on Wednesday”.

An Afghan army officer at Kandahar Airfield, who asked not to be named, told AFP that government forces would be left exposed by the pullout.

Afghan military analyst Kabir Darwish said the “Afghan air force does not have enough capacity to replace the US”.

A number of smaller bases have already been handed over to Afghan forces.

The airfield was formerly the second largest base for US and international troops in Afghanistan and the first airfield where US forces were stationed after the fall of the Taliban in 2001.

It was also the centre of the biggest drone operation by US special forces. At its peak, the base had about 26,000 US and Nato personnel.

The military has for years been steadily decreasing its presence there, accelerated after Washington struck a deal with the Taliban last year to completely withdraw from Afghanistan in return for security guarantees.

But the US missed the May 1 deadline, extending it to September 11 — a move which angered the Taliban.

Although fighting between the US forces and the Taliban has stopped since the landmark agreement last year, battles rage daily between Afghan government forces and the militants.

On Saturday, a series of blasts outside a girls’ school in Kabul killed more than 50 people, mostly teenage girls.

Ceasefires in the past have largely held, in what is widely thought to be an exercise by the Taliban leadership to prove it has control over the myriad factions across the country that make up the hardline movement. — AFP

These were the details of the news Afghan ceasefire calm shattered as 12 die in mosque blast for this day. We hope that we have succeeded by giving you the full details and information. To follow all our news, you can subscribe to the alerts system or to one of our different systems to provide you with all that is new.

NEXT Protests, strikes in Greece over disputed labour law