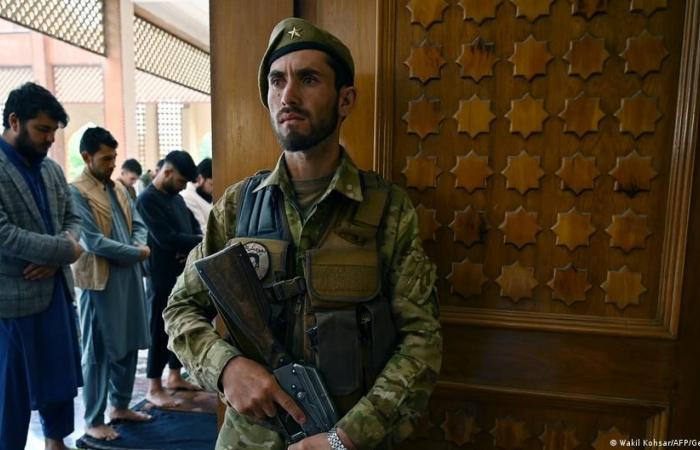 You are now following the details of the Afghanistan: Deadly mosque bombing rocks Kabul news and now we leave you with the details

Mohamed Nass - Cairo - At least 12 worshippers were killed in an explosion at a mosque in the Afghan capital during Friday prayers, police said.

Ferdous Faramarz, a police spokesman, said the mosque’s imam was among the dead, adding that 15 other people were injured by the blast.

What we know about the explosion

Investigations were underway, but Faramarz said the imam was likely the target of the attack.

Explosives had been placed inside the mosque before the prayers, he added.

No one immediately claimed responsibility for the explosion.

A three-day truce with the Islamist Taliban came into effect on Thursday, and was expected to give respite to families celebrating Eid and allow people to visit relatives in Taliban-controlled areas.

It was the fourth ceasefire in the last two decades of conflict.

The Taliban had captured a strategic district close to Kabul shortly before the ceasefire came into effect.

Several attacks in the capital have been claimed the local Islamic State affiliate, but both the Taliban and government continue to blame each other.

The country has been mired in violence in recent weeks after the United States and NATO began withdrawing troops from Afghanistan.

Last week, a car bombing killed more than 90 people, many of them were schoolgirls.

These were the details of the news Afghanistan: Deadly mosque bombing rocks Kabul for this day. We hope that we have succeeded by giving you the full details and information. To follow all our news, you can subscribe to the alerts system or to one of our different systems to provide you with all that is new.