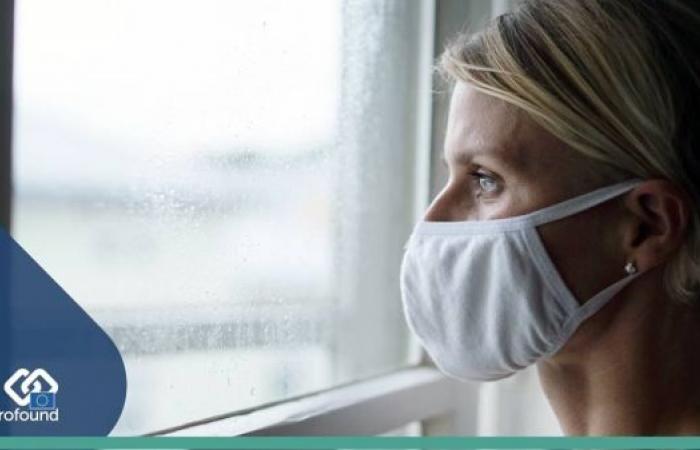 We show you our most important and recent visitors news details Over a quarter of EU adults 'unlikely' to get COVID vaccine: Survey in the following article

Hind Al Soulia - Riyadh - BRUSSELS — Over a quarter of adults in the European Union are unlikely to get vaccinated against COVID-19, a new survey has found.

According to Eurofound, 27 percent of adults in the bloc are either very or rather unlikely to take the jab. Almost 47,000 people took part in the EU agency's survey between February and March and released on Thursday.

Reluctance is slightly more pronounced in men than in women — 29 percent compared to 25 percent — and tends to be sharper in eastern European countries.

Bulgarians were found to be the most hesitant with 61 percent stating they are very or rather unlikely to get the vaccine. The country is followed by Latvia and Croatia which both have rates of over 40 percent.

France and Austria are the Western European countries in which the highest rates of vaccine hesitancy were found, with more than a third of respondents declaring they were unlikely to get inoculated.

Meanwhile, more than 86 percent of respondents in Ireland and Denmark, and 84 percent in Malta, said they were very or rather likely to get vaccinated. Portugal, Spain, Sweden and Finland also recorded rates of over 80 percent.

Overall, Eurofound found that people between the ages of 35 and 49 are slightly more skeptical about the vaccines than their younger or older peers. Unemployed people, those with a long-term illness or disability and full-time homemakers are also more hesitant than working or retired people.

Additionally, it found a correlation between vaccine hesitancy and social media use. Forty percent of people who said they use social media as their primary source of news are hesitant about the vaccines, while only 18 percent of those who use traditional news sources as their main source of information are.

Trust in the government and institutions also plays a role.

"Vaccines plays a crucial role in overcoming the COVID-19 pandemic. Unfortunately, these findings reflect a failure to deliver persuasive ad clear communication regarding the efficacy and safety of vaccines," Daphne Ahrendt, Eurofound senior research manager, said in a statement.

"Trust in vaccines is related to trust in institutions, and this is an issue primarily for policymakers, but we also have a collective responsibility, across society, to ensure that we communicate and publish accurate and sound information on the safety and importance of vaccines," she added.

The EU hopes to have inoculated 70 percent of its adult population by the end of July — thus achieving collective immunity. So far, more than 29.5 percent of the bloc's 450 million inhabitants have received at least one dose, according to Our World in Data. — Euronews

These were the details of the news Over a quarter of EU adults 'unlikely' to get COVID vaccine: Survey for this day. We hope that we have succeeded by giving you the full details and information. To follow all our news, you can subscribe to the alerts system or to one of our different systems to provide you with all that is new.