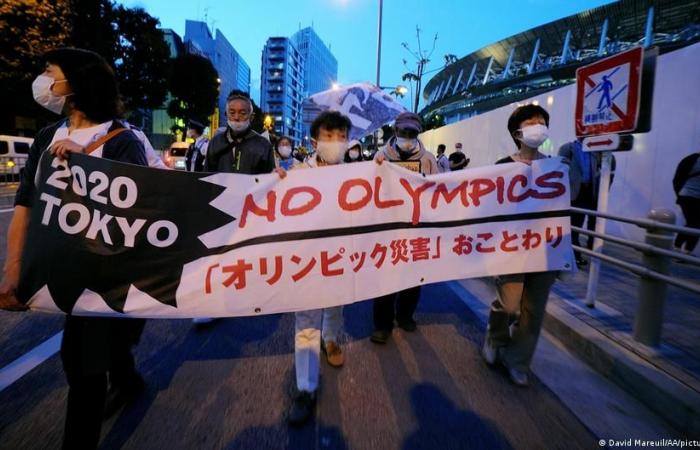 You are now following the details of the Coronavirus digest: Japan extends state of emergency amid Olympic pressure news and now we leave you with the details

Yasutoshi Nishimura, Japan’s economy minister, said the prefectures will be under a state of emergency until at least May 31.

Japan now has 19 out of 47 prefectures under a state of emergency due to the coronavirus. Emergency restrictions include closing eateries by 8 p.m. and a ban on alcohol at bars and restaurants.

The country has been struggling with controlling the pandemic ahead of the Tokyo Olympics, which is due to begin on July 23.

There has been opposition over Japan going forward with the Olympics. On Friday, an online petition calling for the cancellation of the Games garnered 350,000 signatures. The petition: “Stop Tokyo Olympics” was launched on the change.org website, by lawyer Kenji Utsunomiya on May 5.

Japan has only vaccinated around 1.13 percent of its population, according to data from Johns Hopkins University. That is one of the lowest rates among developed countries.

In Germany, the Robert Koch Institute, the country’s public health agency for infectious diseases, reported that the number of new coronavirus infections nationwide per 100,000 people fell to 96.5, dropping below 100 for the first time since March. Thursday the statistic was 103.6, and a week ago nearly 126. The number is what German leaders use to determine when to lift restrictions on public life in the country. The institute also reported there had been 11,336 new COVID-19 infections and 190 deaths in the last 24 hours.

An aggressive vaccination program by the UK has prevented nearly 12,000 deaths and over 30,000 hospitalizations, according to an analysis by Public Health England (PHE), a government agency. The UK has given about two-thirds of its adult population at least one shot of the COVID-19 vaccine. The country plans to reopen the economy by the summer.

China reported its first local transmission of the COVID in over three weeks on May 13. The country’s national health authority reported seven new COVID-19 cases, of which two cases were local infections in the province of Anhui.

The first repatriation flight carrying Australians back from India will land in the country on Saturday. The flight will have around 150 citizens and permanent residents who will spend two weeks in quarantine at a mining camp in the remote area of Howard Springs.

The country had banned all travelers from India from entering Australia for two weeks starting May 15, with any offenders facing potential jail time.

India reported 343,144 new COVID cases while deaths rose by over 4,000 over the last 24 hours. The total caseload of the country is now over 24 million.

Health minister Chen Shih-chung told a news conference that several of the new infections were connected with an outbreak in the Wanhua district.

Taiwan’s premier Su Tseng-chang, said that there was no need to raise the COVID-19  alert level for the island.

“With the cooperation of the central and local governments, the command center has successively found the transmission chain between the confirmed cases, and there is no need to upgrade (the alert level) for the time being.”

Taiwan has never gone into a full lockdown.

These were the details of the news Coronavirus digest: Japan extends state of emergency amid Olympic pressure for this day. We hope that we have succeeded by giving you the full details and information. To follow all our news, you can subscribe to the alerts system or to one of our different systems to provide you with all that is new.