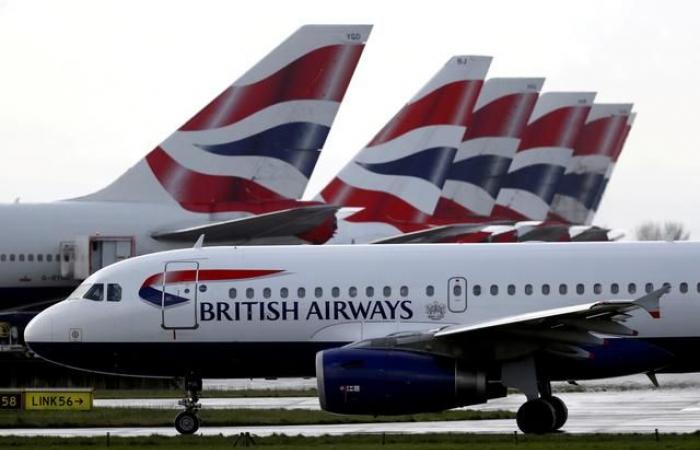 Mohamed Nass - Cairo - British Airways, Virgin Atlantic and Iberia all cancelled flights to Tel Aviv as European carriers joined US airlines in avoiding flying to Israel amid an escalating conflict there.

“The safety and security of our colleagues and customers is always our top priority, and we continue to monitor the situation closely,” British Airways said after cancelling its flights to and from Tel Aviv on Thursday.

UK-based Virgin Atlantic cancelled a flight there late on Wednesday and said it was reviewing whether to operate its Thursday evening flight.

Spanish airline Iberia also cancelled its Tel Aviv flights on Thursday and Friday, a spokeswoman said, adding the airline will make a decision on future flights based on the evolution of the situation.

Virgin Atlantic had said earlier this week that bookings to Israel had soared 250 percent week on week after an announcement by Britain that Israel was on its “green list” for the reopening of overseas leisure travel during the COVID-19 pandemic.

But an explosion of violence, with fighting in Jerusalem and the Gaza Strip causing mounting civilian deaths, have made international airlines wary of the region.

British airline easyJet (EZJ.L) said that it was not yet cancelling its flights to Tel Aviv. Its next flight there is from Berlin and not scheduled until May 16, with a service from London Luton to Tel Aviv scheduled for May 18.

“We will, of course, continue to monitor the situation,” an easyJet spokeswoman said.

These were the details of the news European airlines cancel Tel Aviv flights amid escalating conflict for this day. We hope that we have succeeded by giving you the full details and information. To follow all our news, you can subscribe to the alerts system or to one of our different systems to provide you with all that is new.