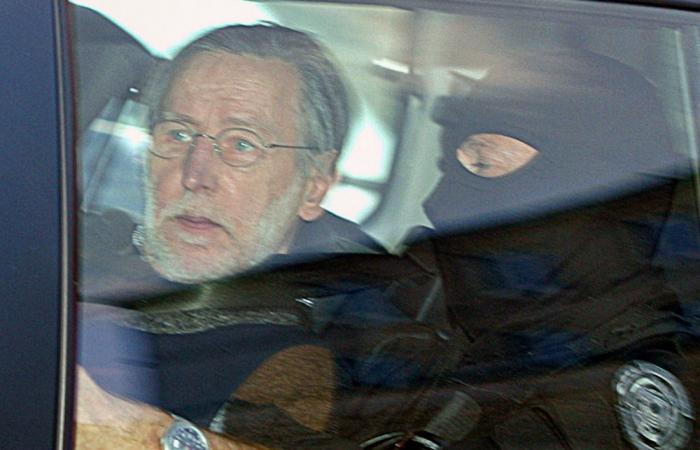 PARIS, May 13 — For years, they were a disturbing tandem, roaming eastern France in search of virgins to rape and kill.

But with the death of her ex-husband Michel Fourniret aged 79 on Monday, Monique Olivier, 72, now faces investigators, and potentially justice, alone.

Fourniret, dubbed the “Ogre of the Ardennes”, was one of Europe’s most notorious serial killers.

He was serving a life sentence without possibility of parole and had confessed to 11 murders, but had been linked to other disappearances. He had only been convicted of eight of the killings at the time of his death.

Fourniret was due to stand trial for the murder of British student Joanna Parrish, found dead in a river in the Burgundy region in 1990 after having been raped and beaten.

Ex-wife Olivier is serving a life sentence with no possibility of parole for 28 years for her role in some of the abductions and killings.

But now she could face further trials for complicity in four disappearances between 1988 and 2003.

“Michel Fourniret is taking his secrets with him,” said Richard Delgene, the lawyer of Monique Olivier after his death.

“As we still have a lot of cases in progress, Monique Olivier will remain the only one in the defendants’ box to be held accountable.”

The pair met almost 35 years ago — she was a carer, he was in prison serving a sentence for rape.

Left by his second wife, Fourniret placed an ad in a weekly Catholic magazine, looking for a pen pal.

Mother-of-two Olivier replied, exchanging hundreds of letters with her future husband—the beginning of a sordid pact.

She agreed to help him find virgins to rape if he killed her husband. He never did.

They married when Fourniret was still serving time and she was waiting for him when he was released in October 1987.

Shortly afterwards, the couple dug up stolen gold buried in a graveyard and used the loot to buy a chateau in Fourniret’s native Ardennes region bordering Belgium.

Fourniret later admitted he sought to entrap a virgin at least twice a year.

The chateau’s extensive grounds became a burial ground for at least two of his victims.

Their first joint attack, barely two months after the murderer’s release from jail, set the tone for the others.

The couple drove up alongside 17-year-old Isabelle Laville and asked her for directions, persuading her to get into their van and show them the way.

She was never seen again.

Olivier’s presence, sometimes with their baby son, was aimed at allaying suspicion.

“For me, she was the spark that set off the powder keg,” the lawyer for Laville’s family Alain Behr told AFP.

“She channelled Fourniret’s fantasies, as if she found all the evil in his mind,” he added.

Once an accomplice, Olivier ended up being Fourniret’s downfall.

When a girl they kidnapped escaped from his clutches in 2003, Olivier ended up confessing to the police, afraid she could get a heavy prison sentence.

They divorced in 2010, by which time they were both behind bars.

And in 2019, she shattered Fourniret’s alibi in the case of nine-year-old Estelle Mouzin’s disappearance.

She admitted she was the one who had placed a phone call from their home miles away on the day Mouzin disappeared.

Months later she gave a full confession, saying he kidnapped, raped and killed the schoolgirl, renewing hopes of finding the body and prompting fresh searches.

Despite intensive efforts, investigators have still been unable to locate Mouzin’s body. Olivier has been taken to the sites of the searches in the Ardennes region.

Fourniret’s death on Monday means the loss of an “asset” in the investigation, the lawyer for the schoolgirl’s family Didier Seban said.

“But we can progress because there is still Monique Olivier,” he added. — AFP

These were the details of the news Ex-wife of dead French serial killer last hope for justice for this day. We hope that we have succeeded by giving you the full details and information. To follow all our news, you can subscribe to the alerts system or to one of our different systems to provide you with all that is new.