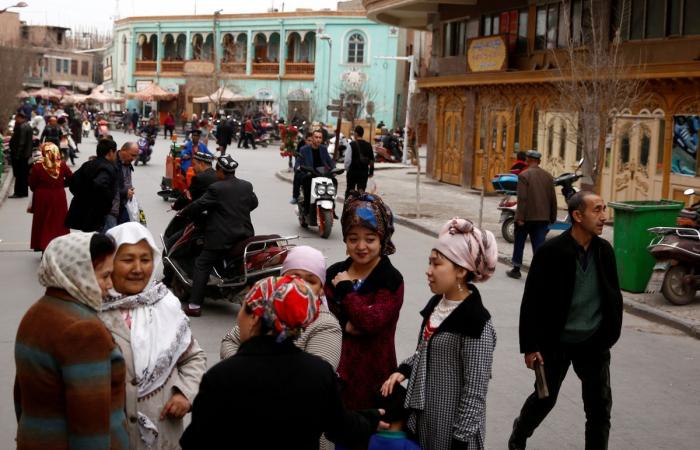 You are now following the details of the China uses coercive policies in Xinjiang to drive down Uyghur birth rates, think tank says news and now we leave you with the details

Mohamed Nass - Cairo - Coercive policies in China’s far western region of Xinjiang have led to a sharp decline in birth rates for Uyghurs and other minorities, which could add to evidence of genocide, an Australian think tank said in a report released on Wednesday.

The Australian Strategic Policy Institute (ASPI) report, citing official Chinese data, said that there has been an “unprecedented and precipitous drop in official birth-rates in Xinjiang since 2017,” when China began a campaign to control birth rates in the region.

Xinjiang’s birth rate dropped by nearly half from 2017 to 2019, and counties where the population was predominately Uyghur or another minority group saw much sharper declines than other counties, the government-funded institute said in the report.

China maintains that changes in birth rates are linked to improved health and economic policy and it strongly rejects accusations of genocide.

Xinjiang’s Uyghur population grew faster than that of the Han between 2010 and 2018, and Xinjiang’s birth control policies do not target any single ethnic minority group, she said.

The ASPI analysis is based on Chinese government data, including regional population figures released in March.

“Our analysis builds on previous work and provides compelling evidence that Chinese government policies in Xinjiang may constitute an act of genocide,” it said.

The ASPI report said birth rates in counties with a 90 percent or greater indigenous population declined by an average of 56.5 percent from 2017 to 2018, far more than other regions in Xinjiang and China during the same period.

Fines, internment, or the threat of internment, were among the methods used by authorities to discourage births, it said.

There have been growing calls among some western states for an investigation into whether Beijing’s actions in Xinjiang amount to genocide.

The United States government and parliaments in countries including Britain and Canada have described China’s policies in Xinjiang as genocide.

According to the 1948 UN Genocide Convention, there would need to be proof of intent by Beijing to destroy an ethnic population in part to meet that determination.

Rights groups, researchers, former residents and some western lawmakers say Xinjiang authorities have arbitrarily detained around a million Uyghurs and other primarily Muslim minorities in a network of camps since 2016.

Beijing initially denied the camps existed but has since said they are vocational training centres designed to combat religious extremism, and that all people in the centres have “graduated”.

These were the details of the news China uses coercive policies in Xinjiang to drive down Uyghur birth rates, think tank says for this day. We hope that we have succeeded by giving you the full details and information. To follow all our news, you can subscribe to the alerts system or to one of our different systems to provide you with all that is new.