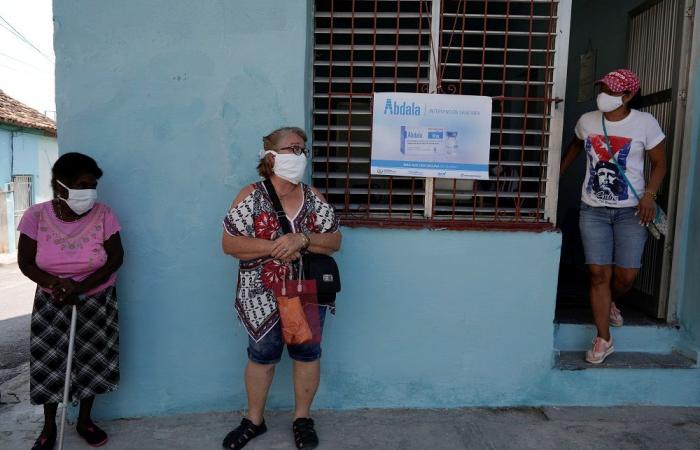 HAVANA, May 13 ― Faced with a surge in coronavirus cases, Cuba this week started immunizing members of the public, using two locally-produced vaccines that have yet to complete clinical trials.

The island nation of 11.2 million inhabitants recorded 1,207 new daily cases yesterday ― a near record for Cuba ― as inhabitants of Havana and other provinces received their first dose of Abdala, one of two candidate shots in Phase II trials.

“A slight sensation of warmth during the injection” but “all is well,” Cecilia Reyes, 69, one of the first Abdala recipients, said of the experience.

The rollout began with the blessing of the health ministry as authorities eye official approval of the Abdala and Soberana 2 vaccines by Cuba's drug authority by June.

The communist state, which has stated it wants to vaccinate all inhabitants this year, has been relatively unscathed by the Covid-19 pandemic, with over 119,000 reported cases and 768 deaths to date.

Under American sanctions, Cuba has a long tradition of making its own vaccines, dating back to the 1980s.

Nearly 80 per cent of its vaccines are produced locally, and Cuba is working on five coronavirus candidate vaccines. If one of them gets the green light, it will be the first coronavirus vaccine developed in Latin America.

Cuba has not bought or sought coronavirus vaccines from elsewhere.

In March, the country started vaccinating health care workers with Abdala and Soberana 2.

Abdala has completed its Phase III trial, but the results are still being analyzed. Soberana 2 is due to complete the final trial phase within days.

Initially, the government had planned to roll out its vaccine program to the public in June, after authorization.

“If it were not for this epidemical situation, (the authorities) would have waited longer,” said molecular biologist and researcher Amilcar Perez-Riverol of the Sao Paulo University, referring to the new infection surge.

Health Minister Jose Angel Portal said between 1.7 million of the 2.1 million inhabitants of Havana, the epicenter of the outbreak, will be vaccinated between now and August.

Of the island's total population, 22.6 per cent should have received both shots by June, 33.5 per cent by July, and 70 per cent by August, he said.

Any criticism of Cuba's decision to jump the gun will become moot if the trial results come back positive, said Perez-Riverol, pointing to Russia and China which had also put home-made vaccines to use before trials were completed. ― AFP

These were the details of the news Cuba rolls out two Covid-19 vaccines still in trial phase for this day. We hope that we have succeeded by giving you the full details and information. To follow all our news, you can subscribe to the alerts system or to one of our different systems to provide you with all that is new.