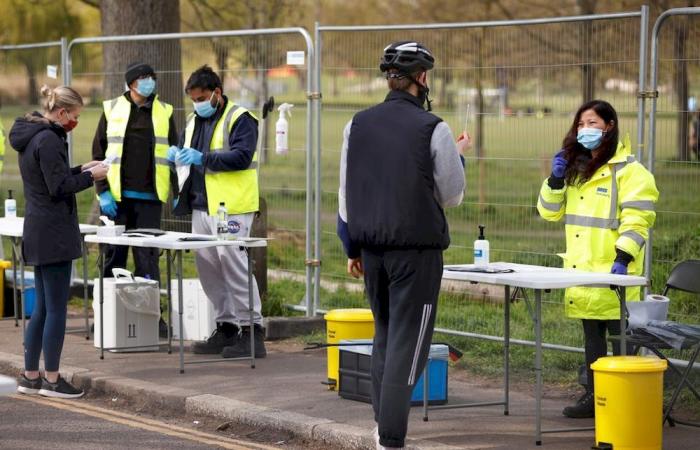 Hello and welcome to the details of England's Covid-19 infections halved since March, study finds and now with the details

LONDON, May 13 ― The prevalence of coronavirus infections in England has halved since March helped by the swift rollout of vaccines, but new variants remain a threat, according to the findings of a closely watched survey released today.

British Prime Minister Boris Johnson on Monday gave the green light to hugging and the serving of pints inside pubs from next week after months of strict restrictions as he set out the next phase of easing the pandemic lockdown.

The REACT study, run by scientists at Imperial College London, found that the number of infections has fallen again with an average of only one in 1,000 people infected.

“Today's findings demonstrate the impact our incredible vaccination rollout is having on Covid-19 infection rates across the country,” said Matt Hancock, the health minister.

“We're going in the right direction but with variants present, we must continue to exercise caution.”

The study does not cover Scotland, Wales and Northern Ireland, which each have their own case tracking.

The REACT study is one of the biggest Covid-19 surveys of its kind in England, with over 127,000 volunteers tested in England between 15 April and 3 May in the latest round.

Overall, national prevalence in England dropped to 0.1 per cent from 0.2 per cent in March. The estimated prevalence is similar across regions of England. Infections are highest among 25-34 year olds at 0.21 per cent, and lowest in the over-75s at 0.05 per cent, the study found.

Surge testing is being carried out in areas in England where evidence indicates community spread of infections. ― Reuters

These were the details of the news England's Covid-19 infections halved since March, study finds for this day. We hope that we have succeeded by giving you the full details and information. To follow all our news, you can subscribe to the alerts system or to one of our different systems to provide you with all that is new.