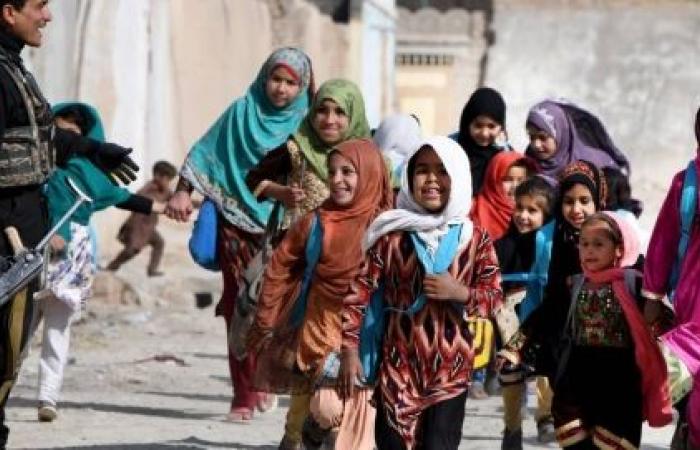 Hind Al Soulia - Riyadh - NEW YORK — Two senior UN officials on Wednesday, condemned in the strongest terms, a terrorist attack targeting girls and their families outside a high school in Kabul, the capital of Afghanistan.

The terrorists who exploded a bomb near a girls’ school in the mostly Shiite district of west Kabul in Dasht-e-Barchi on Saturday “must be held accountable” for their “heinous crime”, the UN Special Representatives for Children and Armed Conflict, Virginia Gamba, and on Violence Against Children, Najat Maalla M’jid, said in a joint statement.

According to news reports, scores of people — many of them students between the ages of 11 and 15 — were killed and hundreds of others injured.

The UN officials also called on the Afghan authorities to urgently protect the right to education in armed conflict, especially for girls, which is too often overlooked and neglected.

“In many contexts, access to education is particularly harsh for girls for economic and cultural reasons, but also for security reasons of which the recent attack in Afghanistan is only one latest tragic example”, they said, pushing for the safety of schools “and that girls just like boys are given equal opportunities to pursue their education”.

Afghanistan schools and hospitals remain one of the most attacked, according to the 2019 Secretary-General Report on Children and Armed Conflict. And preliminary data for 2020 show a similar worrying trend, with COVID-19 further exacerbating the vulnerabilities of children, including girls.

“Girls may not be given the choice to go back to school when they reopen, because they had to work or be married off to support their families”, said the two UN officials.

Against the backdrop of the unremitting challenges posed by the COVID-19 pandemic, they stressed that “countries must make the strategic decision of prioritizing education, including in armed conflict in line with the Sustainable Development Goals (SDGs) of reaching the furthest behind”.

Targeting girls undermines the crucial role that educated girls and women play in the social and economic development of their societies.

The Special Representatives underlined the urgency of ending the violence in Afghanistan and achieving a peaceful settlement of the conflict.

They also extended their condolences to the victim’s families and the Government of Afghanistan and wished a full recovery to those who were injured in the horrific terrorist attack. — UN news

These were the details of the news Top UN officials strongly condemn ‘heinous’ attack on girls' school Afghanistan for this day. We hope that we have succeeded by giving you the full details and information. To follow all our news, you can subscribe to the alerts system or to one of our different systems to provide you with all that is new.