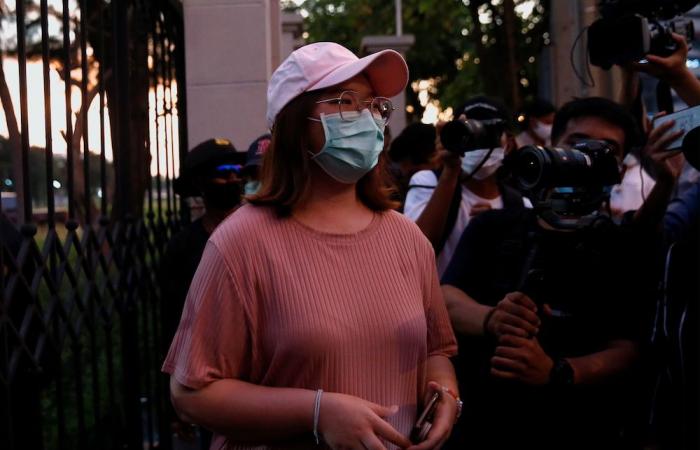 BANGKOK, May 12 — Another leader from Thailand’s anti-government protest movement has tested positive for the coronavirus after spending eight weeks in jail pending trial on charges of insulting the country’s powerful king.

Panusaya “Rung” Sithijirawattanakul, who was freed on bail last week from pre-trial detention, said on her Twitter account that she was being treated in a hospital after testing positive for the virus following her release.

Two others from the protest movement, including human rights lawyer Arnon Nampa and Chukiat “Justin” Saengowng, who remain in detention, have also tested positive for Covid-19.

Panusaya said she did not have any symptoms and had tested negative while in prison on April 22. After her release, she stayed home for three days before getting tested.

Her case comes as Thailand reported a new daily record of 34 coronavirus deaths as authorities try to tackle a third wave of infections in the South-east Asian country.

Two other protesters who received bail a day earlier, including Parit “Penguin” Chiwarak, have yet to announce if they have been tested for the virus.

Parit was hospitalised two weeks ago due to deteriorating health caused by a hunger strike. He is accused of various violations, including sedition and insulting the monarchy.

These were the details of the news Another Thai protest leader says has Covid-19 after weeks in jail for this day. We hope that we have succeeded by giving you the full details and information. To follow all our news, you can subscribe to the alerts system or to one of our different systems to provide you with all that is new.