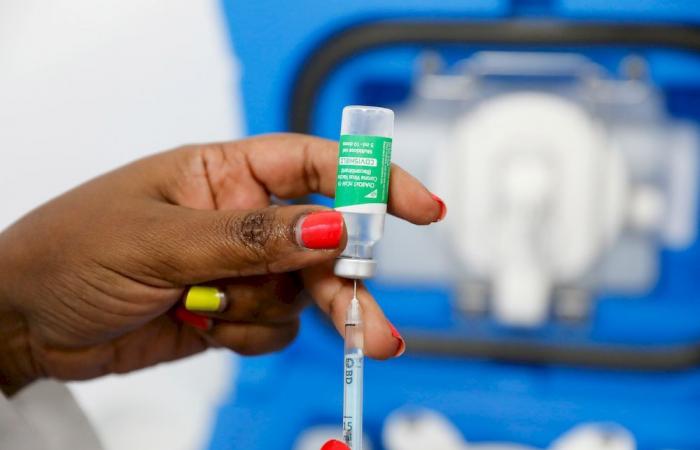 RIO DE JANEIRO, May 11 — Sao Paulo, Rio de Janeiro and other Brazilian states today suspended immunization of pregnant women with the AstraZeneca coronavirus vaccine on the advice of the national health regulator after a reported death.

The daily newspaper Folha de S.Paulo said the health ministry was investigating the death of a woman in Rio de Janeiro who had received the vaccine.

The ministry did not confirm the report, but the Anvisa regulator late yesterday recommended the “immediate suspension” of AstraZeneca vaccines for pregnant women in line with its “constant monitoring of adverse events with anti-Covid vaccines used in the country.”

The health secretary of Rio said in a statement it had been decided to suspend application of the vaccine to pregnant women and new mothers in the state capital “until the investigation of the case of an adverse event in a pregnant woman is completed by the Ministry of Health.”

Other municipalities in the state adopted the same measure.

The state of Sao Paulo said it would stop vaccinating women with comorbidities.

A report said at least 13 of Brazil’s 27 states are taking similar steps.

Several EU countries have restricted AstraZeneca shots to older people only, after a link was made between the vaccine and very rare but often fatal blood clots coupled with low platelet levels.

Denmark has abandoned the vaccine entirely and experts in Britain have recommended people under 40 be given an alternative.

Brazil is immunizing the bulk of its population with China’s CoronaVac, with limited doses of AstraZeneca and Pfizer vaccines.

The Latin American giant of 212 million people has so far given one shot to 15 per cent of its population, and two shots to seven per cent. — AFP

These were the details of the news Brazilian states suspend AstraZeneca vaccine for pregnant women for this day. We hope that we have succeeded by giving you the full details and information. To follow all our news, you can subscribe to the alerts system or to one of our different systems to provide you with all that is new.