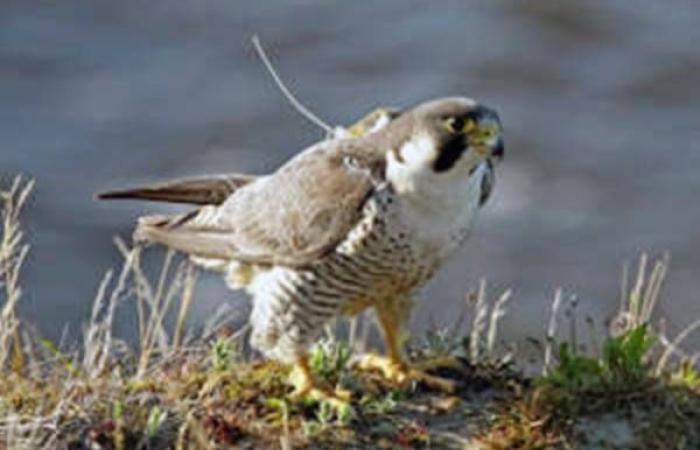 Hind Al Soulia - Riyadh - ABU DHABI — The Environment Agency-Abu Dhabi (EAD), in partnership with Emirates Falconers Club, conducted and funded a scientific research project to investigate the migratory behavior of peregrine falcons. The research was a collaborative effort involving researchers in the UAE, UK, and Russia.

The research combined satellite tracking technology and genome sequencing to track the migratory behavior of peregrine falcons, a culturally important species that migrates to and through the Gulf region.

The findings add further evidence to the role played by genetics and memory in animal migration as climate change and development are expected to impact annual movement and migration of birds breeding in the arctic region.

The study published recently in the Nature journal, also predicts the effects of climate change on migration — and how this might alter the migratory movements of falcons in the future.

The researchers tagged 56 peregrine falcons from five regions in Arctic Russia, and tracked their journeys by satellite, following their annual migration pathways and wintering areas in detail.

The study established that different breeding populations of peregrines largely used different routes across Eurasia to their wintering regions from Africa to Asia.

This migratory connectivity between breeding and wintering grounds was probably established between the last ice age 22,000 years ago and the middle Holocene (ca. 7,000 years ago).

The team used genome sequencing to pinpoint a single gene — ADCY8, which is known to be involved in long-term memory in other animals.

Accordingly, they found that this gene was responsible for population level differences in the migratory distance, with populations having dominant genotypes travelling longer distances.

Majid Al Mansouri, secretary-general of the Emirates Falconers’ Club in Abu Dhabi, said: “The migration of falcons to the Gulf region has been witnessed by Arabian falconers for millennia.

“Now these same falconers have harnessed the collaborative efforts of international scientists to better understand the migratory patterns and how they are defined by genes so that this knowledge can be utilized in the conservation of this iconic species for future generations.”

“I am delighted that this study has answered an important question on linkages between migratory connectivity and climate change for a species which has a global distribution and is an integral part of our local culture and traditions.”

One of the authors, Dr. Andrew Dixon, an ecologist working for Emirates Falconers’ Club, said: “UAE support and international collaboration was vital to get the satellite tracking coverage and genomic resequencing required to investigate migratory connectivity on a trans-continental scale.

“This has enabled us to investigate the evolution of migratory behavior in peregrine falcons and to infer the effect of future climate change on the species. If the climate warms at the same rate it has in recent decades, peregrine populations in western Eurasia may decline and stop migrating altogether.” — SG

These were the details of the news Scientists uncover the role of genetics and climate change in migration of Falcons for this day. We hope that we have succeeded by giving you the full details and information. To follow all our news, you can subscribe to the alerts system or to one of our different systems to provide you with all that is new.