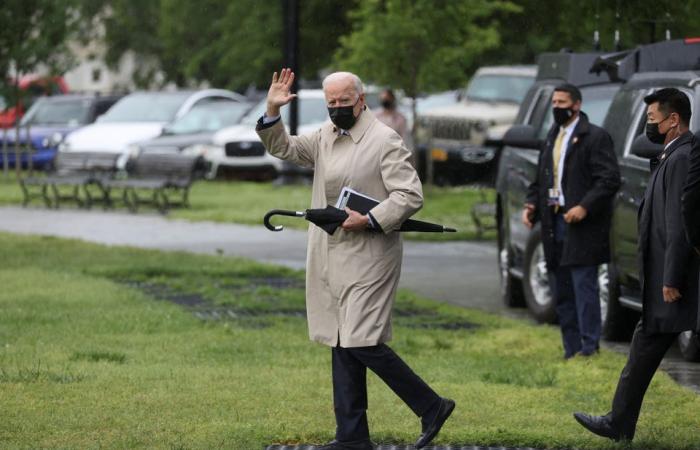 You are now following the details of the Biden to join eastern European NATO states summit, focus seen on Ukraine news and now we leave you with the details

Mohamed Nass - Cairo - US President Joe Biden will join a virtual summit of eastern European NATO states held in the Romanian capital Bucharest on Monday, Romanian President Klaus Iohannis said, with a focus on security in the Black Sea region and Ukraine.

The summit of the Bucharest Nine, a group of European countries on the eastern edge of NATO, will be jointly hosted by Iohannis and Poland’s President Andrzej Duda and aims at coordinating the security positions of countries in the region.

“Glad to welcome Joe Biden to the Bucharest9 Summit which I host in Bucharest today,” Iohannis said on his Twitter account.

Biden, NATO Secretary-General Jens Stoltenberg and the presidents of Bulgaria, the Czech Republic, Estonia, Hungary, Latvia, Lithuania and Slovakia will video-conference into the gathering.

“In … the statement that the nine will publish after the meeting there will be the issue of security in the Black Sea region and the related security issues in Ukraine,” the head of Poland’s National Security Bureau, Pawel Soloch, told reporters.

Earlier this month, Washington said it could increase security help for Kyiv after Russia moved troops near its border with Ukraine’s eastern Donbass region, where Ukrainian troops are in conflict with Moscow-backed separatists.

Image: US President Joe Biden waves before boarding the Marine One helicopter for a planned weekend at Camp David, from the Ellipse at the White House in Washington, US, May 7, 2021. REUTERS/Jonathan Ernst

These were the details of the news Biden to join eastern European NATO states summit, focus seen on Ukraine for this day. We hope that we have succeeded by giving you the full details and information. To follow all our news, you can subscribe to the alerts system or to one of our different systems to provide you with all that is new.