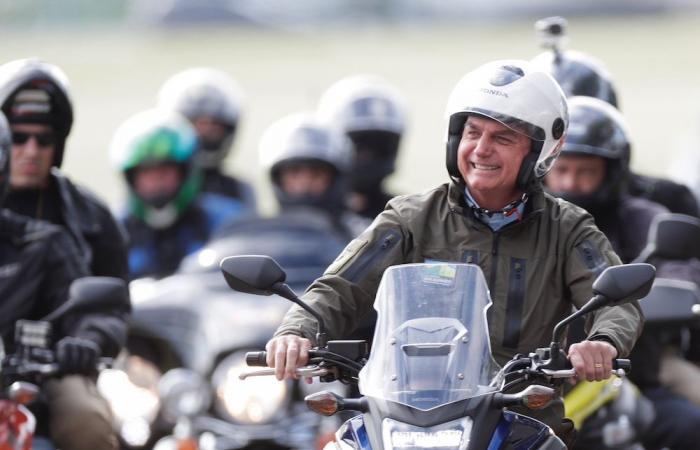 BRASILIA, May 10 — Brazil President Jair Bolsonaro rode at the head of a large motorbike rally by his supporters on Sunday amid harsh criticism over his management of the coronavirus pandemic.

Brazil is one of the worst hit countries in the world by the pandemic having suffered 420,000 deaths.

Surrounded by security guards, Bolsonaro led hundreds of motorcyclists riding from the presidential palace in the capital Brasilia for a one-hour trip around the center of town to mark Mother’s Day.

“We had a very serious problem last year, something that no-one expected: the pandemic. But bit by bit we’re winning,” far-right leader Bolsonaro told his supporters.

“Rest assured, as supreme commander of the Armed Forces, my army will never go into the streets to keep you in your homes.”

At the end of the rally, Bolsonaro, a fierce critic of social lockdown measures to contain the spread of the virus, took photographs and shook hands with supporters, many of whom, like him, were not wearing face masks.

“I’m taking part in the event to support everything (the government) has done these last few years to save Brazil,” said protester Carlos Toledo, 61.

Although the number of new coronavirus cases has dropped in recent weeks, Brazil has the highest fatality rate in the Americas and the southern hemisphere.

Bolsonaro supporters also took to the streets in several major cities such as Brasilia, Sao Paulo and Rio de Janeiro during Labor Day celebrations just over a week ago.

That came just three days after the Senate began an investigation into the government’s management of the pandemic.

Testifying to the Senate on Tuesday, former health minister Luiz Henrique Mandetta, who was sacked in April 2020 for promoting social distancing, said he had “systematically” warned Bolsoanro about the “very serious consequences” of his lax approach to tackling the pandemic.

The next day, Mandetta’s successor Nelson Teich said he’d resigned over pressure from Bolsonaro to promote malaria drug chloroquine as a remedy for Covid-19 despite experts’ insistence that it is ineffective and even potentially harmful. — AFP

These were the details of the news Under fire Bolsonaro leads motorcycle rally of supporters for this day. We hope that we have succeeded by giving you the full details and information. To follow all our news, you can subscribe to the alerts system or to one of our different systems to provide you with all that is new.