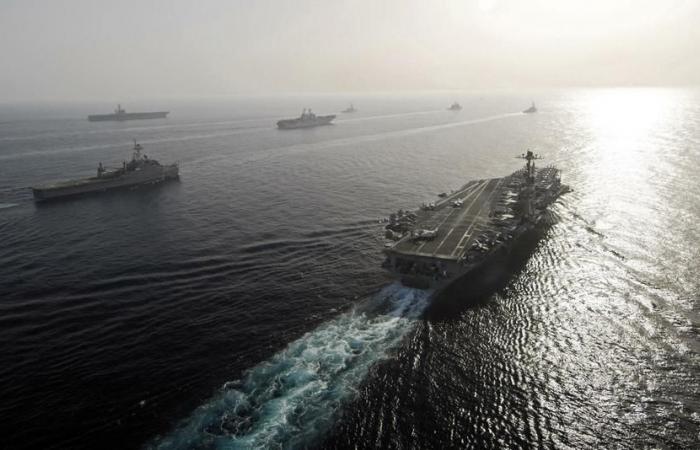 DUBAI, May 9 — The US Navy’s Fifth Fleet said today it had seized a huge cache of illicit Russian and Chinese weapons from a stateless dhow sailing in international waters of the North Arabian Sea.

The Fifth Fleet, which is based in Bahrain, said the guided-missile cruiser USS Monterey intercepted the vessel and discovered the cargo during a routine boarding, in a two-day operation on May 6-7.

The arms are in US custody and their source and intended destination is under investigation, it said.

The Fifth Fleet said the Monterey was in operation for 36 hours, providing security for boarding teams.

“After all illicit cargo was removed, the dhow was assessed for seaworthiness, and after questioning, its crew was provided food and water before being released.”

The statement did not indicate where the vessel may have come from, but said the US Navy’s regular patrols in the region “disrupt the transport of illicit cargo that often funds terrorism and unlawful activity”. — AFP

These were the details of the news US Navy says seizes huge weapons cache in Arabian Sea for this day. We hope that we have succeeded by giving you the full details and information. To follow all our news, you can subscribe to the alerts system or to one of our different systems to provide you with all that is new.

PREV As Hungary lifts restrictions, couples can wed at last
NEXT US, Russia agree to return ambassadors to their posts as Biden and Putin wrap up historic talks