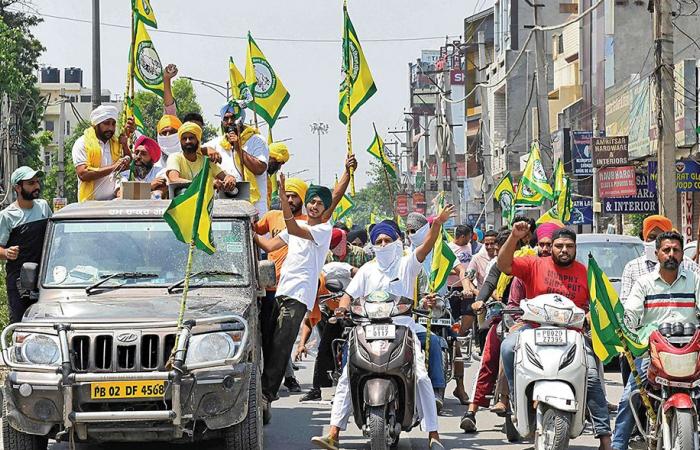 KABUL: The Taliban are not seeking a monopoly of power in Afghanistan, and US-led troops — having failed on the battlefield — should stop interfering in the country’s matters, a Taliban spokesman said on Saturday, as ties between the Taliban and Washington continue to sour.

A new chapter of mistrust has opened between the Taliban and Washington since President Joe Biden last month unilaterally announced that US-led troops would not be withdrawn by May 1 on the basis of an accord the previous administration had signed with the Taliban, but on Sept. 11.

Biden’s decision angered the Taliban, who accused the US of violating the landmark deal, and prompted the movement to boycott its participation in any meeting on Afghan peace until all foreign troops leave.

While the Taliban have not conducted any attack on US-led troops since — a key part of the accord inked over a year ago in Doha, Qatar — the group has been engaged in bloody skirmishes with Afghan forces in more than half of the country.

“We think that, since the US has lost the war, it wants to reach its goals here through political means, but this is impossible. Afghans have the will and independence to decide their own fate,” the Taliban spokesman told Arab News.

Both Kabul and the Taliban blame each other for the surge in violence amid concern in some Western capitals that the Taliban are aiming to regain power through force, as they did in the 1990s after the remaining foreign soldiers left.

The concern was highlighted in a meeting of envoys from the EU, NATO, the UK and the US in Germany on Friday.

Later on Friday, US Special Envoy Zalmay Khalilzad, who brokered the deal with the Taliban, warned of abandoning the US push for a transitional setup to replace President Ashraf Ghani’s administration as part of the US effort to hold intra-Afghan talks.

“If the Taliban do not choose peace, a future based on consensus and compromise, then we will stand with Afghans who strive to keep the Republic intact. Republic political unity is a must,” Khalilzad wrote in a tweet on Friday.

Reacting to Khalilzad’s statement, Zabihullah Mujahid, a Taliban spokesman, dismissed the concern, saying that “no other country has the right to express views about the type of system” that should govern Afghanistan and “who should be in power and who should not.”

“Some countries, particularly the US, say they will stand by the Republic. They were on the side of the Republic for the past 20 years; they created the Republic. This Republic is not acceptable. It should definitely be replaced,” Mujahid told Arab News by phone.

Mujahid added that the Taliban were eager to settle the Afghan crisis through talks and accused Kabul and Washington of “hindering the peace process” by breaching the Doha agreement on the exit of troops, the release of a further 7,000 Taliban inmates from government jails and the removal of their leaders from the blacklist.

“We want to unite all Afghans and create a system together. All Afghans have the right to be present in a strong, unified Islamic system,” Mujahid said.

Torek Farhadi, an adviser for the former Afghan government, said Khalilzad’s remarks on Friday were clearly a warning to the Taliban and drew a grim picture of Afghanistan’s future.

He explained that Khalilzad’s comments, in siding with a possible future government with Ghani, implied that Washington would be giving up the push to replace him through the creation of a coalition administration.

“This, in reality, is a warning to the Taliban,” he told Arab News, predicting a future scenario similar to that of the civil war in the 1990s, when only the UN and few governments kept their missions as fighting escalated across the country, including in Kabul.

These were the details of the news Foreign diplomats leave India as COVID-19 surge hits embassies for this day. We hope that we have succeeded by giving you the full details and information. To follow all our news, you can subscribe to the alerts system or to one of our different systems to provide you with all that is new.