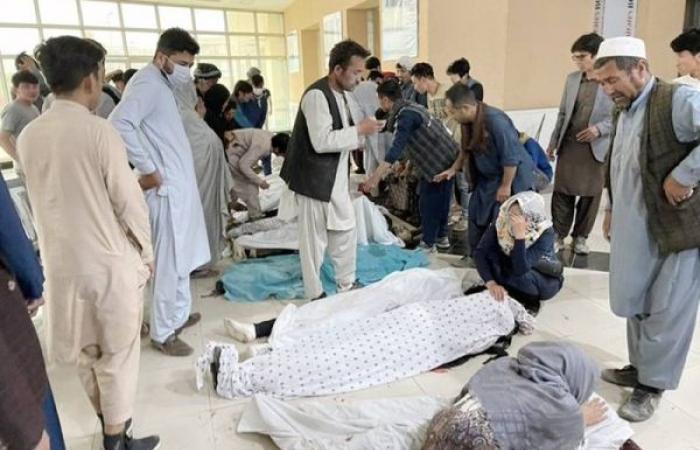 Hind Al Soulia - Riyadh - KABUL — A bomb blast near a girls’ school in the Afghan capital Kabul has killed at least 40 people, many of them children, according to a government spokesman. The explosion struck a majority Shiite district in the west of the city.

The Ministry of Interior (MOI) said the blast happened close to the Syed Al-Shahda School in the Dasht-e-Barchi area on Saturday afternoon. MOI spokesperson Tariq Arian said the number of casualties could increase.

Officials have not revealed the cause of the explosion, or if there was a target. There has been no claim of responsibility yet. Taliban spokesman Zabiullah Mojahid denied involvement in the explosion in a message to the media.

It was condemned by the Taliban, which denied any responsibility. No other group has claimed immediate responsibility, although previous attacks have been attributed to the Afghan affiliate of the Daesh (so-called IS) group.

The Daesh faction, a radical Sunni group, has a history of brutal attacks on Afghanistan's minority Shiite population. Ambulances were rushing to evacuate wounded from the scene of the blast near Syed Al-Shahda school, in the Shiite majority neighborhood of Dasht-e-Barchi.

According to Afghanistan's Tolo News, the incident happened when students were leaving the school. "A car bomb blast happened first, and then two more explosions occurred near the girls school in Kabul," said Ibrahim, a schoolteacher, according to Tolo. He added that the majority of victims are girls, Tolo reports.

Government spokesmen said at least 50 people had been wounded in the attack. It happened days after the remaining 2,500 to 3,500 American troops officially began leaving the country as part of a withdrawal announced by President Joe Biden.

Afghanistan has seen a spate of car bombings over the last few months, despite peace talks being under way between negotiation teams of the insurgent Taliban and the government in the Qatari capital of Doha.

Violence in the country, at war for two decades, remains unacceptably high, foreign governments and institutions say, calling for an immediate ceasefire between the Afghan government and Taliban.

On May 1 the US began turning a base over to the Afghan military in Helmand province, the site of some of the fiercest fighting against Taliban forces in previous years. This is one of a series of military facilities to be handed to Afghan security forces as part of the withdrawal that President Joe Biden announced last month.

The withdrawal of US and international troops could put progress on women's rights in Afghanistan at risk, even if the Taliban doesn't fully take power, according to a newly declassified US intelligence report.

The National Intelligence Council assessed that the progress made over the last two decades "probably owes more to external pressure than domestic support, suggesting it would be at risk after coalition withdrawal, even without Taliban efforts to reverse it."

The two-page report, declassified at the request of Sen. Jeanne Shaheen, offers a grim assessment as fears mount about the potential degradation of hard-won women's rights in Afghanistan as US and NATO forces begin their withdrawal after nearly two decades on the ground.

In a CNN opinion piece published after Biden's withdrawal announcement, three women members of the Afghan government negotiating team warned that “if the Taliban does not believe the United States is firmly committed to a stable and democratic Afghanistan, that could spell trouble for our future talks.” — Agencies

These were the details of the news Blast near girls’ school in Afghan capital kills at least 40 for this day. We hope that we have succeeded by giving you the full details and information. To follow all our news, you can subscribe to the alerts system or to one of our different systems to provide you with all that is new.