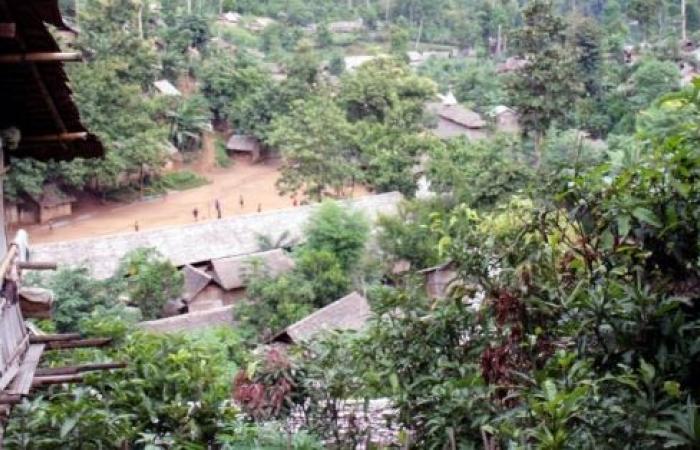 We show you our most important and recent visitors news details ‘No time to lose’, stop flow of deadly weapons to Myanmar military now: UN in the following article

Hind Al Soulia - Riyadh - GENEVA — The United Nations independent human rights expert on Myanmar on Friday called on countries that have not yet done so, to impose arms embargo on the country urgently, to stop the “massacre” of citizens across the country.

Tom Andrews, UN Special Rapporteur on the human rights situation in the southeast Asian nation, underscored in a statement, the need to stop the flow of weapons and so called dual-use weapons technology into the hands of forces under the command of the military junta, describing it as “literally a matter of life and death.”

“There is no time to lose ... I urge governments who support cutting the flow of weapons to a brutal military junta to consider immediately establishing their own arms embargo against Myanmar while simultaneously encouraging UN Security Council action.”

“Together, they will represent an important step forward to literally taking guns out of the hands of those killing innocent men, women and children.”

The Special Rapporteur also applauded a call by over 200 civil society organizations to bring the arms embargo issue to the attention of the 15-member Security Council.

Into its fourth month, the political turmoil — marked by near daily pro-democracy protests and a brutal crackdown by security forces — has reportedly claimed at least 750 lives and wounded countless more.

There are also serious concerns over the continuing impact of the crisis, with the UN Development Program (UNDP) warning of an economic collapse, and the UN human rights chief cautioning that Myanmar could spiral into a “full-blown conflict” similar to the implosion of Syria over the past decade, if the bloodshed does not stop.

Preparing supplies for refugees, in Thailand

Meanwhile, the UN refugee agency (UNHCR) has said that it is pre-positioning key relief items and personal protective equipment (PPE) in Thailand, which could potentially be provided to those fleeing violence in Myanmar.

According to a bulletin issued earlier this week, about 2,300 people crossed from Myanmar into Thailand onApril 27 due to increased fighting and they are currently hosted in safe zones, managed by the Thai Army.

“UNHCR has advocated for access to the population and offered support to the Thai government’s efforts to respond to further displacement from Myanmar and address refugees’ protection needs,” it said.

As of Dec. 31 2020, there are about 92,000 Myanmar refugees in Thailand, who fled previous waves of displacement, in nine temporary shelters, according to UNHCR.

Similarly, the agency estimates that between 4,000 to 6,000 refugees from Myanmar have entered into the Indian states of Mizoram and Manipur since March, where local charities and individuals have provided life-saving assistance those arriving.

“Some 190 have moved onward to New Delhi, where UNHCR is assessing their needs and has begun registering and providing them with basic assistance,” the agency added, noting that it has offered its support to the Indian government in protection, and humanitarian coordination and response to new arrivals from Myanmar. — UN News

These were the details of the news ‘No time to lose’, stop flow of deadly weapons to Myanmar military now: UN for this day. We hope that we have succeeded by giving you the full details and information. To follow all our news, you can subscribe to the alerts system or to one of our different systems to provide you with all that is new.