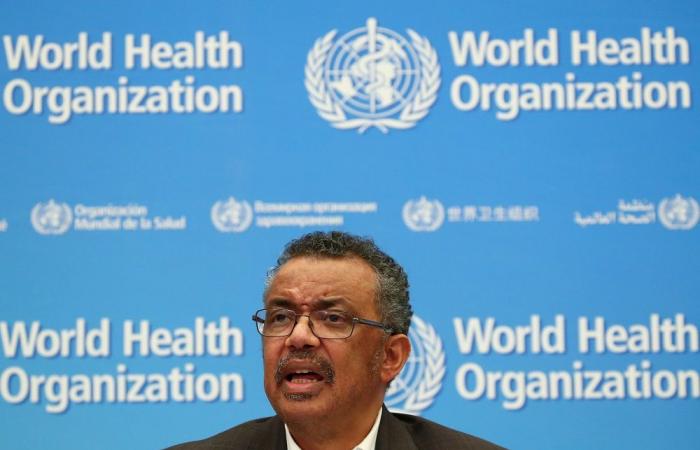 GENEVA, May 8 — The WHO chief yesterday implored the G7 to prioritise equitable access to Covid-19 vaccines around the globe, branding the current imbalance morally inadmissible.

World Health Organisation director-general Tedros Adhanom Ghebreyesus said the uneven distribution of vaccines among rich and poor nations would not help to end the coronavirus pandemic.

“For the G7 now, the most important and the immediate support we need is vaccines, and vaccine equity,” he told a press conference.

Nearly 1.25 billion doses of Covid-19 vaccines have been injected in at least 210 territories around the world, according to an AFP count.

Just 0.3 per cent have been administered in the 29 lowest-income countries, home to nine per cent of the world’s population.

“This kind of divide is unacceptable,” Tedros said.

“Not because of just a moral issue, but it’s unacceptable because we will not defeat the virus in a divided world.”

The Group of Seven industrial powers are holding a summit on June 11-13 in Cornwall, southwest England, hosted by British Prime Minister Boris Johnson.

The WHO says the G7 has the ability to fund the vaccines, tests and treatments needed to conquer the pandemic — and knock down the barriers blocking faster production.

“It’s in every country’s interest in this world to share vaccines, and to help in any way possible,” said Tedros.

The WHO’s Access to Covid-19 Tools Accelerator programme for finding, developing and distributing coronavirus jabs, tests and therapeutics, is US$19 billion short of its US$22-billion target this year.

And a further US$35 to US$45 billion will be needed next year to ensure most adults around the world are immunised.

More cases have been reported in the past two weeks than during the first six months of the pandemic, as the pandemic rages in India.

“We’re deeply concerned that many more countries will continue to be affected. We will see serious situations like what we see now in India, Brazil, Nepal and other countries,” said Tedros.

WHO emergencies director Michael Ryan said he was troubled by the surge in virus transmission, as witnessed in India.

“My concern right now is that this virus has huge kinetic energy in some countries. It’s got a massive force of infection,” he said.

“It is being driven by human behaviour, by the emergence of variants, and many other factors.

“We’re expecting the virus to slow down and we’re pushing the accelerators! We have got to stop.”

He said the huge spikes in infection were being pushed by proximity and mixing of people without protection, in poorly-ventilated spaces.

“I know how hard that is in the context of some countries but that is the brutal reality,” said Ryan.

These were the details of the news WHO tells G7 vaccine inequity ‘unacceptable’ for this day. We hope that we have succeeded by giving you the full details and information. To follow all our news, you can subscribe to the alerts system or to one of our different systems to provide you with all that is new.