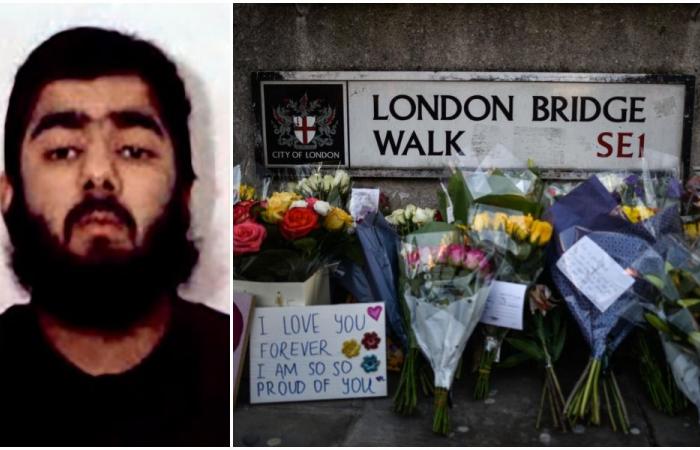 Thank you for reading the news about Prison ‘exacerbated’ risk London Bridge terrorist posed to public: Inquest and now with the details

Jeddah - Yasmine El Tohamy - LONDON: A psychologist warned that prison had made a terrorist more dangerous to the public than when he was first jailed, an inquest heard.

Usman Khan, 28, killed Saskia Jones, and Jack Merritt, in a knife attack in central London in 2019, just 11 months after he was released early from jail.

Khan had been imprisoned since 2010 for planning to bomb the London Stock Exchange and had associated with terrorists and radicalized other inmates while behind bars, the court investigating the deaths of Jones, 23, and Merritt, 25, was told.

Security officials believed Khan was a senior figure in an extremist gang while in jail. He had also been found in possession of terrorism and Daesh-related materials in his cell.

Ieva Cechaviciute, a psychologist who assessed Khan’s risk to the public while he was still in jail, said she had been “very worried” about his release.

The court was shown a report, produced by Cechaviciute, that warned seven months before his release that he continued to pose a threat to the public.

“Khan has made little progress while in prison, he doesn’t understand his own risk and being in prison has made him a greater risk than before by elevating his profile. He still refuses to accept responsibility for his crime,” minutes from a meeting said.

Imprisonment, Cechaviciute said, had “exacerbated” the risk that Khan posed, because of his violent and extremist behavior, as well as the “company he was keeping.”

“He didn’t have any convictions for violence, but he was becoming quite aggressive and there were assaults committed by him or him organizing them (inside jail). I saw that in addition to the offence he committed before, he could be violent himself,” she added.

Records showed that Khan had complied with deradicalization programs, and other staff have previously told the court that he appeared to have reformed while in jail and posed little threat to the public.

Cechaviciute and other psychologists had previously warned that his participation in these programs could have been “superficial.”

She told the court: “He was saying the right things, but it did not necessarily represent his behavior … it was quite clear to me that he has not disengaged with extremist ideology.

“It was strong in his head and the best we could hope for was him to desist from offending rather than disengaging from the ideology.”

Khan’s engagements with deradicalization programs, she added, were not “necessarily an indication of reduction in risk,” because he could be “trying to create a positive image of himself.”

Her report rated Khan as a medium risk for terrorist engagement, intent, and capability while inside prison — but predicted that it would rise to “high” when he was released.

Khan’s role in the deadly London Bridge terror attack caused controversy in the UK because of his recent release from prison after completing deradicalization programs.

Since the attack, the British government has introduced stricter counter-terrorism measures for known offenders.

The new Counterterrorism and Sentencing Act “completely ends the prospect of early release for anyone convicted of a serious terror offence” as well as significantly increases the amount of monitoring recently released terrorists are subjected to.

The inquest into the 2019 attack continues.

These were the details of the news Prison ‘exacerbated’ risk London Bridge terrorist posed to public: Inquest for this day. We hope that we have succeeded by giving you the full details and information. To follow all our news, you can subscribe to the alerts system or to one of our different systems to provide you with all that is new.