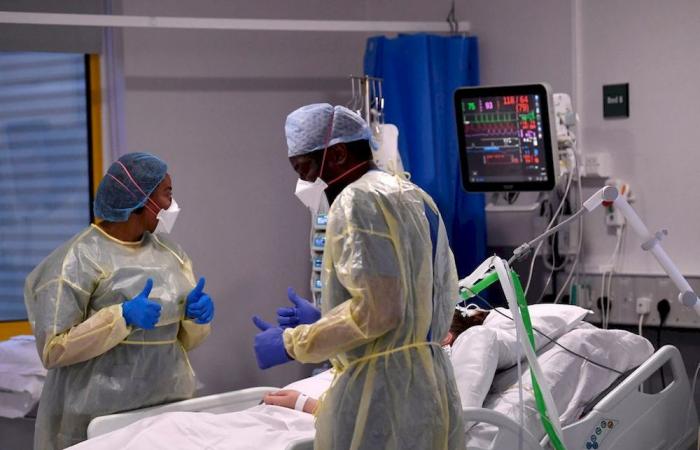 Public Health England designated variant B.1.617.2, one of three variants identified in India that has spread to Britain, a variant of concern. Surge testing was being carried out in areas where evidence indicates community spread.

Cases of the B.1.617.2 variant increased to 520 from 202 over the last week, PHE said, mainly in London and the northwest town of Bolton, with almost half the cases related to contact with a traveller.

“I think we’ve got to be very careful about that,” Johnson told reporters, in reference to the variant.

“We’re doing a huge amount, obviously, to make sure that when we do find outbreaks of the Indian variant that we do surge testing, that we do door-to-door testing.”

PHE cited evidence that it spreads more quickly than the original version of the virus and could spread as quickly as the so-called “Kent” variant which fuelled England’s second wave of infections.

The public health body said other characteristics of the B.1.617.2 variant were still being investigated.

“There is currently insufficient evidence to indicate that any of the variants recently detected in India cause more severe disease or render the vaccines currently deployed any less effective,” PHE said in a statement.

The original India variant, B.1.617, was first detected in October, but PHE has categorised three different subtypes, all with slightly different mutations.

Other variants of concern include variants first identified in Kent, southeast England, as well as South Africa and Brazil.

Two weeks ago, India, which is experiencing a deadly surge in cases, was added to Britain’s travel “red list”, meaning travellers have to quarantine in special hotels.

But the move, which came in on April 23, was announced on April 19, giving travellers notice if they wanted to change plans and beat the hotel quarantine.

Britain has recorded 4,428,553 coronavirus cases and 127,583 deaths since the pandemic hit its shores, making it one of the worst hit countries in the world. About 66 per cent of the adult population has now been vaccinated and lockdown restrictions are being eased.

These were the details of the news Britain labels coronavirus ‘variant of concern’ linked to travel from India for this day. We hope that we have succeeded by giving you the full details and information. To follow all our news, you can subscribe to the alerts system or to one of our different systems to provide you with all that is new.