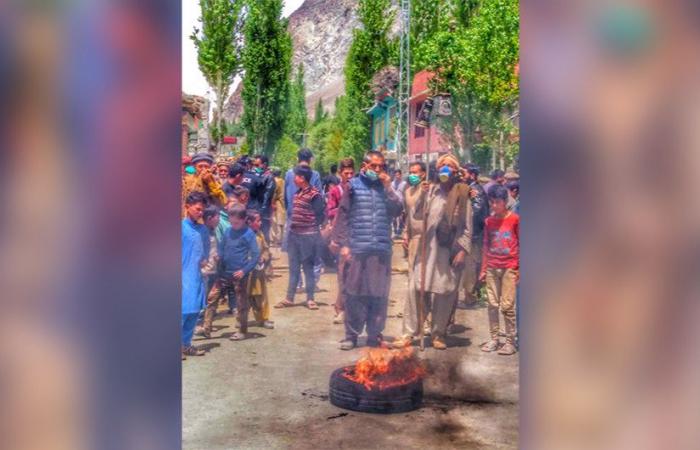 Jeddah - Yasmine El Tohamy - KHAPLU, GHANCHE: In the mountainous region of Gilgit-Baltistan in northern Pakistan, daily power cuts of up to 20 hours or more in some districts have pushed locals to protest over having to observe Ramadan in darkness.

Gilgit-Baltistan, an impoverished part of the larger Kashmir region, is the gateway of the China-Pakistan Economic Corridor (CPEC) with high potential to generate energy from hydropower, but its residents have so far reaped few rewards of the $65 billion infrastructure project.

Last week, Khan announced a 370 billion rupee ($2.4 billion) development package for the region, part of which is intended to address the electricity crisis. In a meeting this week, between the finance minister of Pakistan and Khurshid, the federal government promised to “undertake several projects for hydropower generation.”

The construction of “the biggest dam in Pakistan’s history,” the Diamer-Bhasha Dam, meanwhile, was inaugurated by the prime minister in July last year.

Several other hydropower projects are also being built in the area, including the Kohala and Neelum Jhelum projects, with the former still under construction and the latter completed in 2019.

But despite this flurry of activity and promises, for now, local businesses, not to mention and Ramadan and upcoming Eid Al-Fitr celebrations, have been upended by power outages.

“There is no electricity in our village,” Ghulam Nabi Sanai, from Ghanche district, told Arab News on Wednesday. “We registered complaints about the absence of electricity, but no power department officials heard us. That’s why we had to stage a sit-in.”

For the past few days, Sanai said, residents of his hometown had been preparing and eating their iftar and suhoor meals in darkness.

Large-scale construction of new power plants — mainly coal-fired ones funded by China — has dramatically boosted Pakistan’s energy capacity in the last couple of years. But even as supply surges, electric power is still not reaching up to 50 million people in Pakistan who need it, according to a 2018 World Bank report, though expansion of transmission lines is planned.

Sher Ali Rana, a tailor in Ghanche, said he normally sewed some 400 outfits for Eid. This year, however, he would hardly be able to make 150 dresses due to electricity shortages.

“Our tailor community has to face power outages every year, but this year we are facing the worst kind of load shedding ... there is no electricity for 24 hours,” Rana said.

Locals in many other districts, including Skardu and Gilgit, also complain worsening power cuts have paralyzed their daily lives.

Riaz Ali, an executive engineer at Gilgit-Baltistan’s power department, said a major problem of power supply in the region was that its electricity system was not fully connected to the national grid. Low production capacity of existing power stations was another problem, he said.

But the engineer said he was hopeful new projects promised under CPEC would solve the region’s power crisis for good.

“If big projects are launched,” he said, “Gilgit-Baltistan has the potential to generate more than thousands of megawatts of electricity.”

These were the details of the news Pakistan mountain region observes Ramadan in darkness after power cuts for this day. We hope that we have succeeded by giving you the full details and information. To follow all our news, you can subscribe to the alerts system or to one of our different systems to provide you with all that is new.

NEXT Grave concerns raised about China at UN rights council