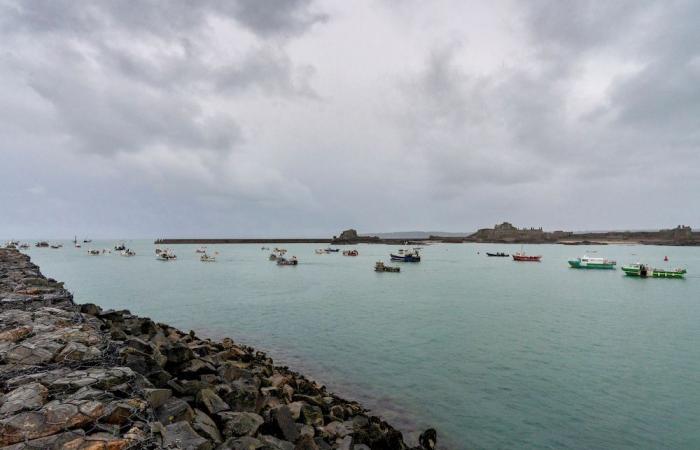 Hello and welcome to the details of Britain, France send ships to Jersey as fishing spat deepens and now with the details

SAINT HELIER (United Kingdom), May 6 — French and British navy and coastal patrol ships headed to waters near the Channel island of Jersey today as tensions spiralled between the two neighbours over post-Brexit fishing rights.

The posturing by the historic rivals was sparked by a protest by around 50 French fishing boats, which gathered at the main port on the UK island of Jersey today, raising fears of a blockade.

That prompted British Prime Minister Boris Johnson to send two navy ships to the area, with France following suit with two of its own coast patrol vessels.

The latest flare-up has been caused by a dispute over fishing rights following Britain’s departure from the European Union.

At dawn, around 50 French fishing boats could be seen in front of the port of Saint Helier on Jersey, a self-governing territory that is dependent on Britain for defence. It lies just off France’s northern coast and its rich fishing waters were previously open to French boats.

“It’s incredible to have succeeded in getting everyone together,” fisherman Camille Lecureuil told AFP onboard his boat from the port of Carteret on the French coast.

The British gunboats HMS Severn and HMS Tamar arrived in Jersey’s waters to “monitor the situation,” the UK government said on Thursday.

The vessels are part of Britain’s Fishery Protection Squadron, the Royal Navy’s oldest frontline squadron, with a history dating back more than 500 years.

Johnson spoke to Jersey Chief Minister John Le Fondre on Wednesday, when the pair “stressed the urgent need for a de-escalation in tensions,” according to a statement from Downing Street on Wednesday evening.

They view the paperwork as deliberately obstructing them — the same charge made by other French boat owners who have also denounced delays in the licensing process for access to UK waters elsewhere.

On Tuesday, French Maritime Minister Annick Girardin warned that France could cut electricity supplies to Jersey in retaliation, a sharp escalation condemned by the British government as “unacceptable.”

But Beaune accused Britain of failing to implement a Brexit deal that came into force on January 1 which guaranteed French fishermen the right to continue working in British waters once they had secured licences from UK authorities.

“We’re working nonstop with the European Commission and British authorities,” he added.

One of the French boats deployed to the area belongs to the gendarme military police force, the other is a coast patrol vessel operated by the maritime ministry.

The escalating tensions landed on the front pages of most British newspapers, even as the country holds the biggest round of local and regional elections in decades.

“Boris sends gunboats into Jersey,” read a Daily Mail headline, while The Daily Telegraph said Johnson had sent the navy to the island to “face the French.”

On social media, some pointed out that the French and UK vessels were facing off from each other just a day after the 200th anniversary of the death of Napoleon, whose rivalry with the UK crown was legendary.

Don Thompson, president of the Jersey Fishermen’s Association, said local sentiment on the Channel Island was firmly against the French.

“The French fishermen out there want conditions removed from their licences so that they can fish with no constraints in our waters, whilst our boats are subject to all sorts of conditions,” he told Good Morning Britain.

In December 2020, as post-Brexit trade deal talks went down to the wire, Britain readied armed Royal Navy ships to patrol its fishing waters if tempers flared in the event of a “no-deal.”

Four 80-metre (260-foot) vessels were put on standby to guard British waters from EU trawlers in case the drawn-out discussions were abandoned. — AFP

These were the details of the news Britain, France send ships to Jersey as fishing spat deepens for this day. We hope that we have succeeded by giving you the full details and information. To follow all our news, you can subscribe to the alerts system or to one of our different systems to provide you with all that is new.