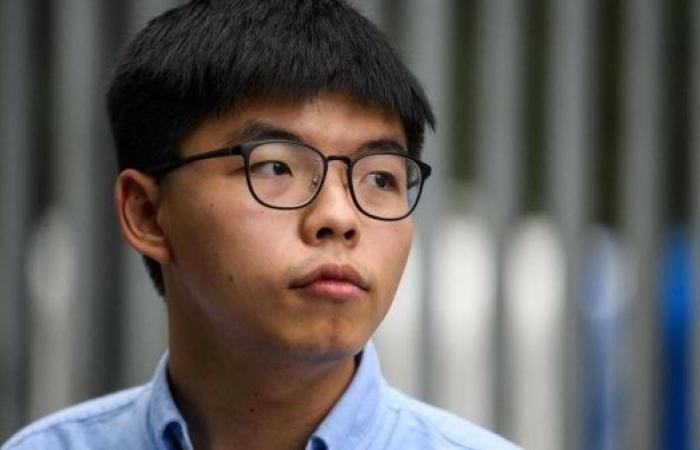 Hind Al Soulia - Riyadh - HONG KONG — A Hong Kong court has sentenced Joshua Wong and three other activists to between four and 10 months in prison for participating in an unauthorized rally last year to commemorate the 1989 Tiananmen Square crackdown.

This is the first time prominent activists have been jailed over the peaceful candlelight vigil, which has been held annually in Hong Kong's Victoria Park since 1990. Police banned the event for the first time last year, citing coronavirus risks, but thousands staged a peaceful rally in the usual place.

Among the 26 charged over the rally, Wong and three district councilors — Lester Shum, Tiffany Yuen and Jannelle Leung — pleaded guilty and were sentenced on Thursday. Other defendants are scheduled to appear in court in June, while two — Nathan Law and Sunny Cheung — had fled Hong Kong prior to the charges.

Shum was handed a six-month sentence, while Yuen and Leung each received four months.

He said while Hong Kong's constitution protects freedom of assembly, such rights are not absolute. "From the very beginning, the public meeting was unauthorized," Chan said. He criticized participants of the vigil for believing "they can enjoy more freedom than others."

Chan also said Wong, as a prominent activist, did not have a passive role in the vigil and added the court must impose a penalty with a deterrent effect.

Ahead of Thursday's sentencing, dozens of supporters and journalists were seen queuing for a seat in the public gallery. The court also opened an extension room to accommodate the crowd.

Hong Kong is the only place on Chinese soil where a mass annual vigil has been held to mark the bloody crackdown in and around Tiananmen Square on June 4, 1989.

The event remains one of the most tightly censored topics in mainland China, with discussions of it scrubbed from mass media. Chinese authorities have not released an official death toll, but estimates range from several hundred to thousands.

That any commemoration could be held in Hong Kong was often seen as iconic of the city's autonomy from China, a litmus test for political freedoms in the special administrative region.

However, the introduction last year of a national security law — which criminalizes secession, subversion and collusion with foreign forces with a maximum penalty of life imprisonment — has threatened the future of the candlelight vigil. The law came into force less than a month after the last June 4 vigil.

The Hong Kong Alliance in Support of Patriotic Democratic Movements of China, which organizes the annual event, has been calling for an end to one-party rule, a slogan that may fall foul of the national security law.

On Wednesday, the alliance posted on Facebook that authorities have rejected its application to rent Victoria Park for the candlelight vigil this year, citing the ongoing coronavirus outbreak. — CNN

These were the details of the news Hong Kong court jails Joshua Wong and other activists over Tiananmen rally for this day. We hope that we have succeeded by giving you the full details and information. To follow all our news, you can subscribe to the alerts system or to one of our different systems to provide you with all that is new.