Outrage in France over killing of policeman in drugs bust 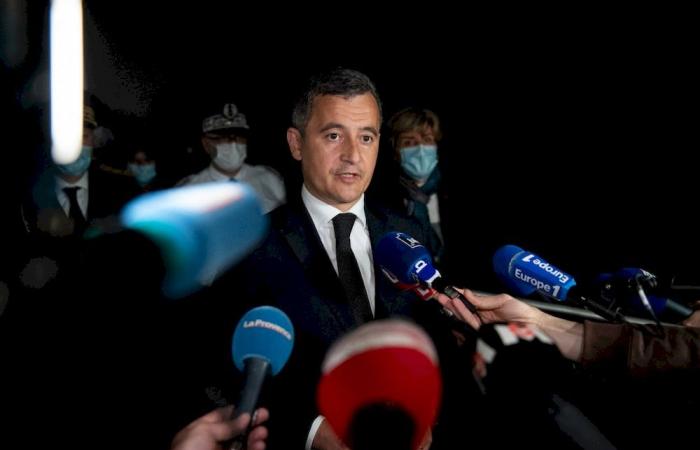 PARIS, May 6 — French politicians and police unions voiced outrage today over the killing of a police officer during a drugs raid in the southern city of Avignon, which has reignited a debate over President Emmanuel Macron's record on fighting crime.

The 36-year-old officer and father of two was killed yesterday evening while investigating a gathering at a spot in central Avignon known for drug-dealing, interior minister Gerald Darmanin said.

On arriving at the scene around 6.30pm the plainclothes officers began to carry out identity checks on those present when a suspect opened fire, a police source told AFP.

The source said the man fired “several times” at the slain officer and that the other officers returned fire but did not manage to apprehend the shooter before he fled on a kick scooter.

Darmanin said that the police and emergency services attempted in vain to save the officer’s life and called it “a terrible tragedy”.

The killing caused shock among the police, who had for months been warning that the drug-related violence that has long afflicted Marseille, a key hub in the trans-Mediterranean marijuana and cocaine trade, had spread to other southern cities such as Avignon, Montpellier and Perpignan.

A police union official said that the officers involved in yesterday’s operation were in plainclothes but wearing police armbands.

Visiting the scene yesterday evening Darmanin eulogised the dead officer as a “soldier”, saying he “died a hero” in what he called a “war” against drug dealers.

Polls show crime being one of the top concerns of voters ahead of next year’s presidential election, in which Macron is expected to seek a second term.

The police complain that the state is not doing enough to protect them as they take the fight to drugs syndicates and radical Islamists.

“Today we have to admit that the state is no longer protecting its officers,” Frederic Lagache, a representative of the Alliance police union told AFP today.

Eric Ciotti, an MP for the centre-right Republicans party, accused the government of “looking the other way” while “France sinks deeper into chaos every day.”

The deputy leader of the left-wing France Unbowed party, Adrien Quatennens, said for his part that it was time to reopen the debate about legalising marijuana. — AFP

These were the details of the news Outrage in France over killing of policeman in drugs bust for this day. We hope that we have succeeded by giving you the full details and information. To follow all our news, you can subscribe to the alerts system or to one of our different systems to provide you with all that is new.