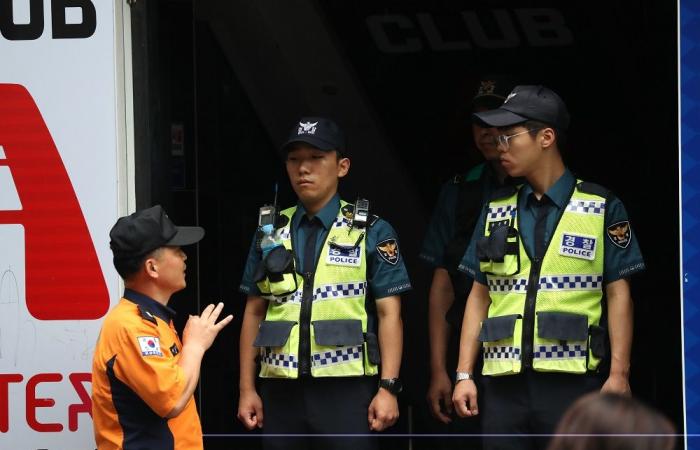 Hello and welcome to the details of S.Korea police raid anti-North Korea activist office over propaganda leaflets and now with the details

SEOUL, May 6 ― South Korean police raided today the office of an anti-North Korea activist group that said it had released balloons into the North last week carrying dollar bills and leaflets denouncing the government in Pyongyang.

Such releases, though banned by a recent law, can provoke condemnation from the North, which last year blew up a joint liaison office and threatened military action after it was angered by the propaganda leaflets.

Police said they executed a search and seizure warrant at the Seoul office of Fighters for Free North Korea, a group led by Park Sang-hak, who defected from the neighbouring nation in 2000.

Police and military have been investigating the group's claim that it launched 10 advertising balloons from border provinces carrying 500,000 leaflets, 500 booklets and 5,000 one-dollar bills.

“The investigation has been underway and we served a search and seizure warrant this morning,” a police officer said by telephone.

Seoul's unification ministry, which handles relations with the North, said it had seen media reports of the search, but declined to comment during the investigation.

On Sunday, Kim Yo Jong, a senior North Korean government official and the sister of its leader Kim Jong-un, sharply criticised the South for failing to stop the launches.

“We regard the maneuvers committed by the human wastes in the South as a serious provocation against our state and will look into corresponding action,” state media quoted Kim as saying, without elaborating. ― Reuters

These were the details of the news S.Korea police raid anti-North Korea activist office over propaganda leaflets for this day. We hope that we have succeeded by giving you the full details and information. To follow all our news, you can subscribe to the alerts system or to one of our different systems to provide you with all that is new.