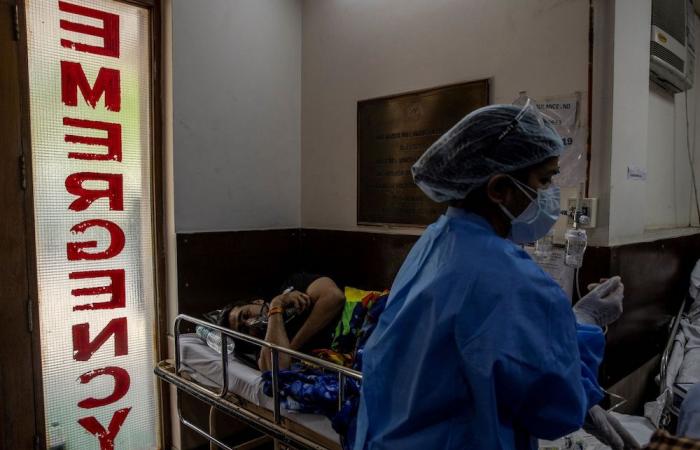 NEW DELHI, May 6 ― India, gripped by one of the most deadly coronavirus surges seen by any country, will have to be ready for new waves and badly needs more oxygen from other countries, officials said yesterday.

Facing critical shortages of hospital beds and oxygen, the warnings came as India reported 3,780 new pandemic deaths, a new daily high, and 382,000 new cases. Experts say the peak may not be reached for weeks.

According to the International Red Cross, India is bearing the brunt of a coronavirus crisis badly hitting all of South Asia.

K. Vijay Raghavan, the Indian government's principal scientific adviser, said the country of 1.3 billion had to be ready for more trouble even after beating down this wave which has taken India's caseload above 20 million infections.

“Phase 3 is inevitable given the high levels of circulating virus. But it is not clear on what timescale this phase 3 will occur. We should prepare for new waves,” Raghavan told a news conference.

With the government facing criticism as patients die in streets outside hospitals because of the bed shortages, consignments of oxygen and equipment have been arriving from the United States, France, Britain, Russia and other countries in recent days.

And India will need more oxygen from other countries to fight the surge until numbers stabilise, another government official said.

“We did not and do not have enough oxygen,” the top government official told reporters, speaking on condition of anonymity. “If we could get more oxygen more lives would be saved.”

India is also still pressing the United States and other countries to ease restrictions on exports of raw materials for coronavirus drugs such as remdesivir and tocilizumab, the official added.

India, the world's biggest generic drugs maker, was a major supplier of remdesivir last year when the pandemic erupted but cut production when its own first wave fell back.

Hospitals across the country were still suffering Wednesday while courts have stepped up pressure on Prime Minister Narendra Modi's Hindu nationalist government over its response.

Stung by growing anger, the central bank said that $6.7 billion in cheap loans would be provided to oxygen, vaccine and drug manufacturers as well as hospitals to help ease the crisis.

India's courts have meanwhile become increasingly vocal critics of the Modi government's handling of the crisis.

Delhi's government says it needs 700 tonnes of oxygen a day for its overwhelmed hospitals but the Supreme Court was told Wednesday that it is only getting 585 tonnes.

Fighting a threat to issue contempt proceedings over its refusal to send more oxygen, central government lawyers said the city needs only 415 tonnes.

The court gave the government until Thursday morning to provide a plan to send extra supplies.

A Delhi High Court which made the contempt threat accused government politicians and officials of “living in ivory towers” while the death toll mounts.

The High Court in Allahabad said the deaths of people in Uttar Pradesh state hospitals “is a criminal act and not less than a genocide” by those meant to be ensuring oxygen supplies.

The government in India's most populous state has denied there are oxygen shortages. It has been accused by civic groups of grossly under-reporting the number of pandemic deaths.

The International Federation of Red Cross and Red Crescent Societies has called for “urgent” international action to prevent “a worsening human catastrophe” across South Asia.

It highlighted the case of Nepal where it said “many hospitals are full and overflowing” with Covid-19 patients and the daily caseload is 57 times higher than one month ago. ― AFP

These were the details of the news India warned to brace for new Covid-19 waves for this day. We hope that we have succeeded by giving you the full details and information. To follow all our news, you can subscribe to the alerts system or to one of our different systems to provide you with all that is new.