G7 works on vaccine plan after pleas to help poor 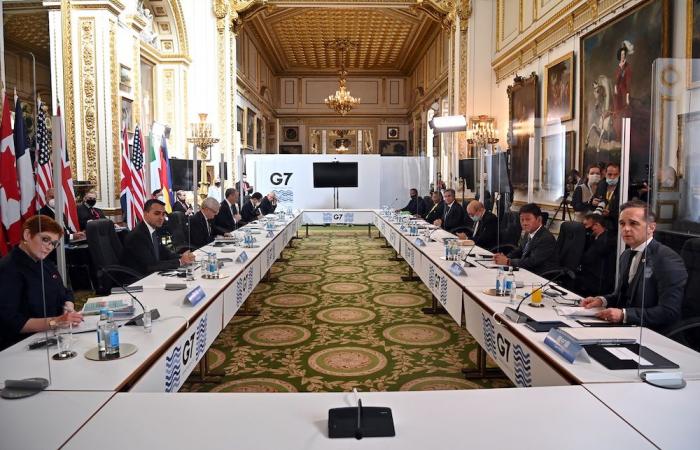 LONDON, May 5 — The Group of Seven wealthy democracies today worked on plans to scale up global Covid-19 vaccinations, as calls mounted for a drastic increase in funding to help developing nations virtually shut out of early efforts.

Underscoring the challenges faced, the foreign minister of India—where Covid cases have soared in recent weeks—said he decided to participate in the London meeting virtually after potential exposure to the virus.

India was one of several nations invited by Britain for the first in-person G7 meeting since the pandemic began last year, in an effort to rally democracies in the face of a rising China and assertive Russia.

Foreign ministers of Britain, Canada, France, Germany, Italy, Japan and the United States are setting the agenda for a G7 leaders’ summit next month in Cornwall, southern England, which will mark US President Joe Biden’s international debut as president.

The G7 opened its final day with a session focused on open societies before taking up Covid-19 as well as the fight against climate change.

“A really valuable part of the G7 format is to think in the round—what do we need to do to help the most vulnerable countries around the world?” British Foreign Secretary Dominic Raab told reporters.

More than 1.2 billion doses of Covid-19 vaccines have been administered globally, but fewer than one percent in the least developed countries.

With support from most wealthy nations, the UN-backed Covax programme is meant to share vaccines with the poorest nations.

But rich countries have also effectively elbowed out Covax in the early stages, striking their own deals with drug manufacturers.

Raab stressed the importance of Covax but said there was an additional question of “what we do about surplus domestic supply”.

The United States could soon be sitting on as many as 300 million extra doses—nearly equivalent to its entire population—due to ongoing contracts with manufacturers and success at home in inoculation campaigns, according to an estimate by the Kaiser Family Foundation.

Biden quickly joined Covax after taking office in January, a reversal from the nationalism of his predecessor Donald Trump, and has promised US$4 billion (RM16.5 billion)  for the programme—far more than any other country.

The Biden administration last week also said it would divert 60 million doses of the AstraZeneca jab, which has not been approved in the United States, and provide US$100 million in immediate supplies to India.

But Britain’s former prime minister Gordon Brown has said far more is necessary and urged the G7 to provide the bulk of US$60 billion that he says is needed over the next two years to vaccinate the whole world.

Brown, who led a 2009 summit of the broader Group of 20 that was credited with helping address the global economic crisis, said wealthy nations should shoulder the cost using a formula based on their national income and the benefits they would enjoy from the resumption of global commerce.

The hefty US$60 billion price tag is not charity but “the best insurance policy for the world”, Brown said this week.

The result will be “trillions of additional economic output, made possible when trade resumes in a Covid-free world,” said Brown, who serves a UN special envoy for global education.

AstraZeneca and its partners at the University of Oxford have been selling their jab at cost price, hailing it as a “potential vaccine for the world”.

But the Biden administration has sidestepped calls backed by Brown to relax intellectual property rules to allow cheaper shots.

Pharmaceutical companies adamantly oppose such a move, saying it would give less incentive for costly research, while nations pushing to ease restrictions include India—itself a major vaccine manufacturer.

Pfizer, one of the major companies involved in anti-Covid efforts, said yesterday that it estimates US$26 billion in revenue in 2021 from the vaccine.

The United States appears, however, to support some sharing of vaccines after some Biden aides initially argued for keeping a stockpile to respond to potential needs later for booster shots or the approval of vaccines for children.

Secretary of State Antony Blinken, who is taking part in the talks in London, last month promised that the United States would soon be in a position to supply vaccines overseas.

In an implicit criticism of Chinese and Russian efforts, Blinken said, “We won’t trade shots in arms for political favours. This is about saving lives.” — AFP

These were the details of the news G7 works on vaccine plan after pleas to help poor for this day. We hope that we have succeeded by giving you the full details and information. To follow all our news, you can subscribe to the alerts system or to one of our different systems to provide you with all that is new.