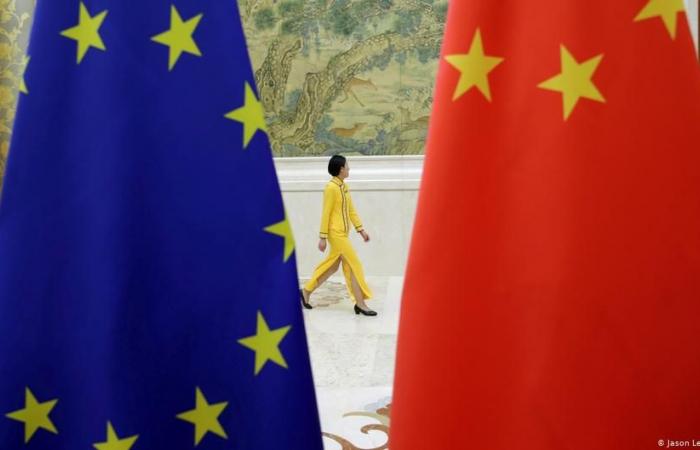 Mohamed Nass - Cairo - A diplomatic spat between the European Union and China has jeopardized a major investment agreement, officials said on Tuesday.

“We now in a sense have suspended … political outreach activities from the European Commission side,” Dombrovskis said in an interview.

“It’s clear in the current situation with the EU sanctions in place against China and Chinese counter sanctions in place, including against members of European Parliament (that) the environment is not conducive for ratification of the agreement,” Dombrovskis said.

A spokesperson for the European Commission told DW that the ratification process had not begun, and was subject to a legal review.

The spokesperson said the ratification process was now effectively paused as it “cannot be separated from the evolving dynamics of the wider EU-China relationship.”

Chinese sanctions were “unacceptable and regrettable,” the spokesperson added.

What is the EU-China agreement?

Brussels and Beijing signed a new investment agreement in 2020 intended to guarantee a stable framework of conditions for trade and investment in each other’s markets.

The EU-China Comprehensive Agreement on Investment (CAI) was signed in December after seven years of negotiation.

To enter into force, it must still be ratified by EU member states and the European Parliament, where it faces massive opposition.

Why have relations deteriorated?

In response, Beijing immediately announced counter-sanctions against members of the European Parliament, and others.

Doubts have been raised about the deal in recent months, with experts and human rights advocates calling on the EU to ditch the deal.

These were the details of the news EU-China investment deal put on ice over sanctions for this day. We hope that we have succeeded by giving you the full details and information. To follow all our news, you can subscribe to the alerts system or to one of our different systems to provide you with all that is new.