US aims to mediate Russia-Ukraine conflict 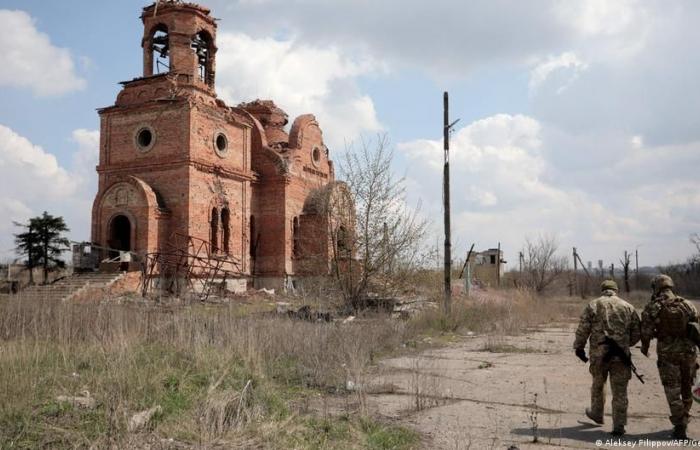 Mohamed Nass - Cairo - There are new signs of hope in the conflict between Russia and Ukraine. Russian President Vladimir Putin has signaled that he is not averse to a summit meeting with US President Joe Biden this summer. Russian Foreign Minister Sergey Lavrov said on Russian television that Biden’s proposal had been received positively by the Kremlin. Both Austria and Finland, which are militarily neutral, have put themselves forward as potential hosts.

US Secretary of State Antony Blinken is paying a visit to Ukraine this week and aims to reassure Kyiv that it has, in the words of State Department spokesman Ned Price “unwavering US support for Ukraine’s sovereignty and territorial integrity in the face of Russia’s ongoing aggression.”

Kyiv sees a clear threat from the tens of thousands of troops Moscow massed at Ukraine’s eastern border. The Russian military carried out drills in Crimea, which Russia annexed from Ukraine in 2014, and said troops would leave the region following the exercises.

Russia also indicated that it would close off the Sea of Azov, throttling the only access that the vital Ukrainian port of Mariupol has to the Black Sea. In eastern Ukraine, pro-Russian separatists have controlled two “people’s republics” for years with support from the Kremlin.

For years, the German and French governments have taken the lead in trying to broker peace between Russia and Ukraine. The first time was in 2014 shortly after the Russian annexation of the Crimean Peninsula. The so-called Normandy format of talks, named after the first venue of the negotiations in northern France, brought together leaders from Russia, Ukraine, Germany and France. A year later, they even managed to forge a peace plan, but the conflict continued to simmer under the surface, occasionally erupting into open violence.

‘Perhaps Putin needs an opposite number like the US’

Facing what appeared to be an acute threat, Ukrainian President Volodymyr Zelenskyy began looking for more international support. While calling on Paris and Berlin to establish another summit in the Normandy-format meeting, he also told the British newspaper the Financial Times that he was open to Washington assuming a greater role in negotiations.

Increased US involvement does not take away from the importance of the European countries’ role as a mediator, according to Michael Gahler, a German member of the European Parliament and foreign affairs spokesperson for the European People’s Party (EPP).

He told DW he does not see “any conflict” of interests in a greater US role and that he was “very much in favor of the involvement of the United States.” During the Normandy talks, Germany and France had always been pulling together “in a direction agreed in close consultation with the United States,” Gahler said.

But added there could be a psychological factor involved in a larger US role in mediating the conflict: “Perhaps Putin’s self-image requires him to have an opposite number like the United States before he can bring himself to arrive at a solution.”

Is Germany an impartial broker?

There is, however, one major bone of contention between Berlin and Washington. The German government refuses to give up on the Nord Stream 2 gas pipeline project that will transport gas from Russia directly to Germany. A number of European countries and the United States, in particular, oppose the pipeline, which is now almost complete, because they fear it will make Berlin too dependent on Moscow and cut out other European transit countries where pipelines currently carry gas from Russia to Europe.

In a break with his official German party line, Gahler said he believes Berlin’s backing for the project was a “mistake from the outset.” Yet, at the same time, he added that the German position towards Nord Stream 2 “does not stand in the way of a credible negotiating role because everyone knows internationally that we do not stand equidistant between Ukraine and Russia.”

Moscow, said Gahler, is the only government to have violated international law and it has “troops and mercenaries on the other country’s territory.” Germany clearly sees “Russia as the guilty party.”

Will Baerbock be the new Merkel?

German Chancellor Angela Merkel has been the driving force in the Normandy talks, but as she plans to step down after the next parliamentary elections in September, she is regarded as a “lame duck” in foreign policy terms. Other senior members of Germany’s governing coalition have remained guarded when it comes to the question of Ukraine. German Foreign Minister Heiko Maas (SPD) said he wants to avoid “spiraling military escalation” and has opposed placing new sanctions on Russia.

German Defense Minister Annegret Kramp-Karrenbauer emphasized that “Ukraine knows that it can depend on us.” During her meeting with her French counterpart, Florence Parly, Kramp-Karrenbauer did not, however, spell out exactly what Kyiv could depend upon them for.

Significantly, Annalena Baerbock, the Greens’ candidate to succeed Merkel, called for more Normandy format negotiations. Baerbock called Nord Stream 2 a “geostrategic error” in an interview with DW at the Munich Security Conference in February, adding that, “This pipeline was hugely instrumentalized as a possible means of destabilizing Ukraine.”

NATO membership not in sight for Ukraine

Yet Zelenskyy is thinking farther than another round of negotiations. He is seeking permanent protection for his country within Western political alliances and security structures. At the beginning of April, Zelenskyy said Ukraine could not remain “in the waiting room of the EU and NATO indefinitely.”

But such cries for support are not being heeded in Brussels or Berlin. Ukraine has, according to Gahler, “a prospect of joining the EU in principle.” But he conceded that “this is a long path.”

When it comes to joining NATO, the military alliance turned down Ukraine’s application to join in 2008 when Kyiv had the backing of US former President George W. Bush. And it was Angela Merkel who led the charge opposing Ukraine’s membership.

Gahler said the West faces a dilemma. Ukraine could only join NATO if “it was of benefit to the safety of the existing NATO members. Putin is stopping precisely that by continuing the conflict. To a certain extent, he is taking us hostage.”

These were the details of the news US aims to mediate Russia-Ukraine conflict for this day. We hope that we have succeeded by giving you the full details and information. To follow all our news, you can subscribe to the alerts system or to one of our different systems to provide you with all that is new.