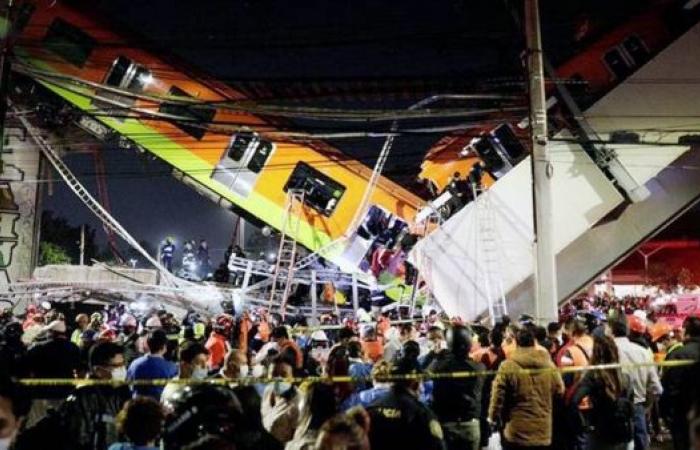 We show you our most important and recent visitors news details 23 killed, dozens hurt in Mexico City subway overpass collapse in the following article

At least 65 people have been hospitalized, seven of whom are in serious condition, Mexico City Mayor Claudia Sheinbaum said, CNN reported.

The train was traveling on an elevated part of the city's rapid transit system on the newest Line 12, also known as the Golden Line, when part of the overpass collapsed onto traffic below, Mexico's Secretariat of Risk Management and Civil Protection said.

CCTV surveillance footage shows the moment the overpass collapsed onto the street, sending up a cloud of dust and debris. The incident happened at 10:25 p.m. local time, according to Mexico City's Interior Minister Alfonso Suarez Del Real.

Sheinbaum tweeted from the scene: "Firefighters, public safety personnel are working. Various hospitals are serving. We will give more information shortly."

The mayor said one survivor was trapped in a vehicle beneath the rubble, but has since been freed. There were no other people trapped, the mayor said.

Rescue efforts were temporarily suspended earlier in the night due to concerns over the stability of the subway car, which was still dangling over the road. — CNN

These were the details of the news 23 killed, dozens hurt in Mexico City subway overpass collapse for this day. We hope that we have succeeded by giving you the full details and information. To follow all our news, you can subscribe to the alerts system or to one of our different systems to provide you with all that is new.