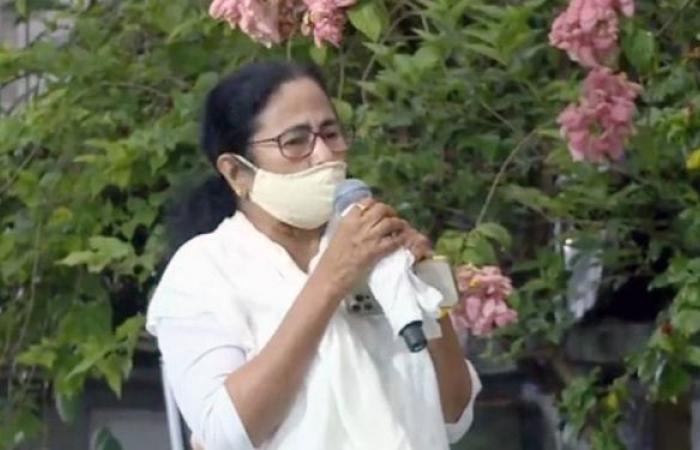 As per the latest data from the Election Commission, TMC is on its course to win over 210 seats in a 294-member Assembly, while BJP is likely to win 77 seats.

In the hotly contested Nandigram seat, BJP’s Suvendu Adhikari defeated his former party chief Mamata Banerjee in Nandigram. However, Mamata has moved the Election Commission requesting recounting of votes in the constituency.

In Tamil Nadu, MK Stalin is set to become the state chief minister with the DMK-led alliance leading in at least 145 seats. In Kerala, the Pinarayi Vijayan-led LDF government scripted history by retaining power, the first time in four decades that the same grouping will form the government for the second consecutive time.

The CPM-led LDF alliance is projected to win around 97 seats in the 140-member assembly, while the Congress-led UDF alliance had a dismal performance as it is expected to grab only 43 seats.

For the BJP, Assam emerged as the lone bright spot with the ruling NDA projected to win 77 of 126 seats to retain power in the state. Meanwhile, in Puducherry, the NDA looked set to form the government with NR Congress winning eight seats and its ally BJP securing four seats in the 30-member House.

The elections were held amid a surge in COVID-19 cases across the country — a second wave that has ridden the country to an unprecedented crisis.

It was yet another demoralising day for the Congress. Since 2014, of the 40 Assembly elections held, the party, on its own, could win and form governments in only four states and a Union Territory.

After Sunday’s defeats in Kerala, Assam, Puducherry and the wipeout in West Bengal, Congress leaders across states are admitting, in hushed tones, that the bigger worry is that the party is losing its legitimacy — moral and political — to lead the opposition at the national level as it is fast ceding space to regional forces in the fight against the BJP.

The defeat, many party leaders said, is set to deepen internal turmoil and give another window for the detractors of senior leader Rahul Gandhi, who had virtually led the party’s campaign in Kerala, from where he is an MP. His sister Priyanka Gandhi Vadra had campaigned in Kerala and Assam.

Considering the COVID-19 pandemic, the swearing in ceremony of the new government led by his party would be simple, DMK President M.K. Stalin said here on Sunday.

Stalin, who spoke to reporters after paying floral tributes in the mausoleum of his father and late party patriarch 'Kalaignar' M Karunanidhi at the Marina beach said the date of the swearing-in ceremony would be made known soon.

On Sunday night, Modi took to Twitter to congratulate rival Banerjee's win. “The Center will continue to extend all possible support to the West Bengal Government to fulfill people's aspirations and also to overcome the COVID-19 pandemic,” he wrote.

Even before the current virus surge, Modi’s party faced stiff challenges in these local legislative elections. Following the disappointing results, Modi stands weakened but faces no threats to staying on as prime minister until his term ends in 2024.

Supporters of the All India Trinamool Congress party — many without masks and ignoring social distancing guidelines — held victory celebrations and set off firecrackers in West Bengal after initial results were released.

Health experts say the massive electoral rallies and marches held as voters cast their ballots in March and April are partly to blame for the subsequent spike in COVID-19 infections.

Public anger for allowing the elections to go forward despite the risk has been directed at both Modi’s government and the Election Commission.

“Your institution is singularly responsible for the second wave of COVID-19. Your officers should be booked on murder charges probably,” the court said.

The recent local elections were seen as crucial for the party to gain a foothold in three states that have sizable minority Muslim populations. The Hindu nationalist BJP has for years been accused of stoking religious polarization and discriminating against minorities.

The prime minister also wants to project the BJP as a national party, replacing a dynastic Congress party that governed India for more than six decades after independence from British rule in 1947. The Congress party, led by Sonia Gandhi, did poorly in the recent elections, failing to capture power from the BJP in Assam or from Communist parties in Kerala.

Despite the defeat, the BJP made substantial gains and became the main opposition party. Its tally in the state legislature went to nearly 80 seats, compared to just three seats won in the last state election in 2016. The results are seen as a test on whether the second wave of COVID-19 has impacted support for Modi and the right-wing BJP.

"It is a stupendous performance by Mamata Banerjee because Modi was determined to win Bengal, but it's clear that his entire political machinery and strategy was unable to defeat her," said Diptendu Bhaskar, a political analyst in Kolkata, West Bengal's capital. — Agencies

These were the details of the news Modi’s BJP takes major hit in high-stake electoral battle for this day. We hope that we have succeeded by giving you the full details and information. To follow all our news, you can subscribe to the alerts system or to one of our different systems to provide you with all that is new.