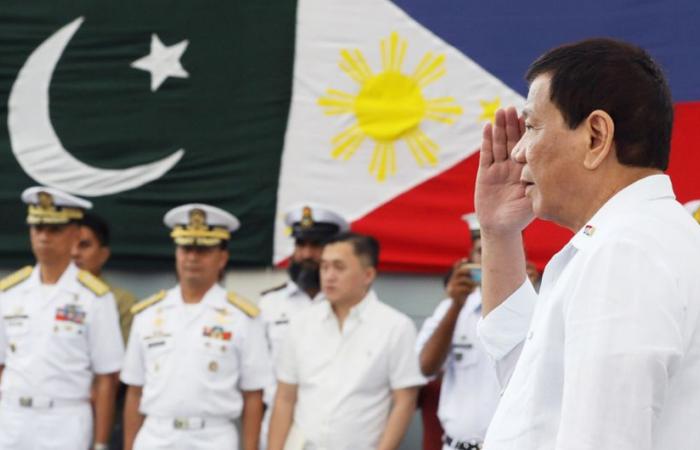 Thank you for reading the news about Pakistan ready to boost Philippines’ war on terror, envoy says and now with the details

Jeddah - Yasmine El Tohamy - MANILA: Pakistan is ready to share its “vast and valuable experience” with the Philippines in its war against terror to strengthen ties between the two nations, particularly in security and cultural diplomacy, Pakistani Ambassador to the Philippines Imtiaz Kazi said in an exclusive interview with Arab News.

“Pakistan can rightly claim it has won the war on terror, albeit at a costly price,” Kazi said.

However, Pakistan has succeeded in “dismantling terrorist networks which operated in its border areas” and, since 2014, has been “one of the best examples in containing terrorism.”

“It is ready to share the Pakistani forces’ capabilities and its experience of operation, namely, Zarb e Azb and Operation Raddul Fasaad, (to help) countries in their fight against terrorism,” Kazi said.

Citing the example of the 2017 Marawi siege in the Philippines — staged by Daesh-inspired militants who had recruited several Muslim youths — Kazi said that Pakistan had developed modest defense capabilities and equipment in addition to deradicalization programs, launched by the Pakistan National Counterterrorism Authority (NACTA), which it can share with the Philippine military.

He also expressed Pakistan’s readiness to work with the Philippine National Police’s (PNP) Salam Peace Center as part of an initiative “to bring moderation, as desired in Islam, a religion of peace and tolerance.”

“Terrorism could and should never be associated with any religion, race, faith, theology, values, culture or society,” he said.

“Muslim countries under the banner of the OIC (Organization of Islamic Cooperation) have strongly condemned any attempt to link Islam with terrorism to achieve narrow interests,” he added, explaining that such attempts “play into the hands of terrorists.”

“It constitutes advocacy of religious hatred, discrimination and hostility against Muslims and incidents of Islamophobia,” he said.

Commending Philippines President Rodrigo Duterte’s efforts to bring a negotiated end to more than four decades of conflict in the restive Mindanao region, Kazi said Pakistan was “pleased to note this positive development in a brotherly country.”

Impoverished Muslim areas of Mindanao bore the brunt of armed rebellions by separatist and communist groups for decades.

It erupted into the Marawi siege, one of the worst conflicts witnessed by the Philippines in 2017 when members of the Daesh-inspired Maute group laid siege to the city for five months before being dismantled by the government.

What began on May 23, 2017, lasted until October that year. More than 1,000 militants, government troops and civilians were killed, while the once-bustling city was flattened, displacing more than 100,000 residents.

“We support this peace process, and we look forward to seeing it (achieve) its desired results and outcome,” Kazi said, stressing the need for a memorandum of understanding (MoU) on defense cooperation between the two countries.

Already, Pakistan and the Philippines have been cooperating on defense issues, such as the gratis courses offered at their respective National Defense Schools and through intelligence information sharing.

In 2005, during Pakistani President Pervez Musharraf’s visit, the two countries inked an MoU on Combating Terrorism and other Crimes.

“Once the MoU on defense cooperation, which is presently under consideration, is finally concluded and implemented, I am confident our existing level of cooperation will be strengthened,” Kazi said.

“Possibly, a defense wing at the Pakistan Embassy in Manila could also be established after the Philippines reopened its defense (attaché office) in Islamabad last year,” he added.

Teodoro Cirilo Torralba III, assistant secretary for the Department of National Defense (DND), agreed, adding: “It is our standard Defense Cooperation Agreement (DCA) where training, exchanges, visits, staff-to-staff talks and other related activities will be covered.”

“We could also learn a lot from the experience and best practices of Pakistan on counterterrorism,” he told Arab News.

He added that the Philippines had agreed on the agreement’s final draft and was now “awaiting a confirmation from Pakistan.”

Kazi said that he had also chalked out activities for a Cultural Exchange Program from 2021-2025, which will include “several cultural events hosted by Pakistan, such as a truck art exhibition, food and music festival and a fashion show of Pakistani apparel.”

He added that Pakistan’s relations with the Philippines formed an essential component of its “Vision East Asia Policy” envisaged in 2003 to enhance collaboration with ASEAN-member countries.

The Philippines, he said, has been a steadfast supporter of Pakistan’s efforts to strengthen its institutional linkages with the ASEAN, including its membership of the ASEAN Regional Forum (ARF) and Asia Europe Meeting (ASEM).

The Philippines and Pakistan enjoy more than 70 years of bilateral ties anchored by multi-faceted cooperation and people-to-people exchanges, inking 25 agreements in various fields throughout the years.

One such example is the Agreement on Political Consultation Talks (PCTs) signed in 1997, with the last round of the PCTs held in Islamabad in February 2018.

Kazi said that one of his focuses was to ensure that the pending rounds of the PCT, disrupted by the global COVID-19 pandemic, would be held “as early as possible.”

“This mechanism is a driving force for pushing multi-sectoral cooperation forward. Likewise, the next round of Joint Economic Commission is overdue,” he said.

Last year, bilateral trade between the two countries accounted for $156 million, of which Pakistan’s exports to the Philippines constituted $120 million.

These were the details of the news Pakistan ready to boost Philippines’ war on terror, envoy says for this day. We hope that we have succeeded by giving you the full details and information. To follow all our news, you can subscribe to the alerts system or to one of our different systems to provide you with all that is new.

NEXT Israel starts parliament session that could end Netanyahu era