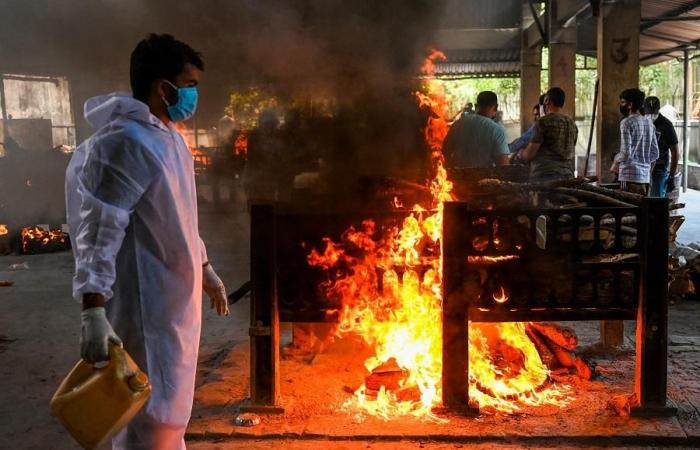 JAKARTA: Human rights activists lambasted the Indonesian government on Friday, after it designated members of a Papuan separatist movement “terrorists.”

They also warned that the move could worsen the already fragile human rights situation in the easternmost region of the country, amid accusations of numerous incidents of violence.

Papua officially became a part of Indonesia in 1969, following a plebiscite in which representatives of various Papuan tribes voted in favor of joining the republic. As their votes were cast under a heavy military presence, Papuan separatists, including the Free Papua Movement (OPM), have since called for a fresh vote on self-determination, prompting military operations and retaliatory attacks against Indonesian personnel.

But activists fear the move will pave the way to increase the presence of security forces in Papua, and will increase persecution against the region’s majority Melanesian population.

“This designation is only to justify racism and heighten military operation, which paves the way for genocide towards Papua’s Melanesian people,” Natalius Pigai, a Papuan activist and former chair of Indonesia’s national human rights commission, told Arab News.

Hendardi, chairman of the Jakarta-based rights advocacy group Setara Institute, warned the designation would also legitimize repression, military operations in Papua and upend attempts at a peaceful resolution of the decades-long conflict.

“It doesn’t end the cycle of violence that has been going on for a long time. Labeling the insurgents as terrorists may have implications such as closing the Jakarta-Papua dialogue, as recommended by many parties, to forge peace, and it could further institutionalize racism and discrimination towards Papuans since there is no clear definition of those designated as terrorists,” he said.

Hendardi added that under the country’s antiterrorism laws, the designation also meant that the police special counterterrorism squad, Densus 88, would take the lead in dealing with Papuan insurgents.

The government’s decision came after Papuan rebels killed the head of the State Intelligence Agency (BIN) Papua regional office, in an ambush in Beoga district, Puncak on Sunday.

Brig. Gen. I Gusti Putu Danny Karya Nugraha was the highest-ranking military officer to die in the conflict.

Following the general’s killing, President Joko Widodo on Monday ordered a crackdown on Papuan militants, saying “there’s no place for armed criminal groups in the land of Papua (or) the entire nation.”

A day later, three policemen were shot in a firefight with the insurgents, also in Puncak. One policemen and nine insurgents were killed, according to authorities.

Four civilians, including two teachers, were also killed by insurgents in the same area earlier this month.

The National Liberation Army of West Papua (TPNPB), the armed wing of the OPM, in response to the terrorist designation, said their fight against security forces would continue.

“The TPNPB won’t panic about military mobilization in Papua. We are on our own land, so we are confident to defend our people, our nation. We will keep fighting against terrorist and criminal forces from Indonesia, namely the military and the police,” the group’s spokesperson, Sebby Sambom, said in a statement on Thursday.

He added the OPM was ready to bring Indonesia before an international tribunal over the actions of its security forces, and would start an international campaign against the country to declare it a “terrorist state.”

These were the details of the news Fire in hospital’s intensive care kills 18 in India’s Gujarat for this day. We hope that we have succeeded by giving you the full details and information. To follow all our news, you can subscribe to the alerts system or to one of our different systems to provide you with all that is new.

PREV Pope puts Robert Schuman, a father of Europe, on sainthood path
NEXT Indonesia to get Pfizer/BioNTech Covid-19 vaccine from August