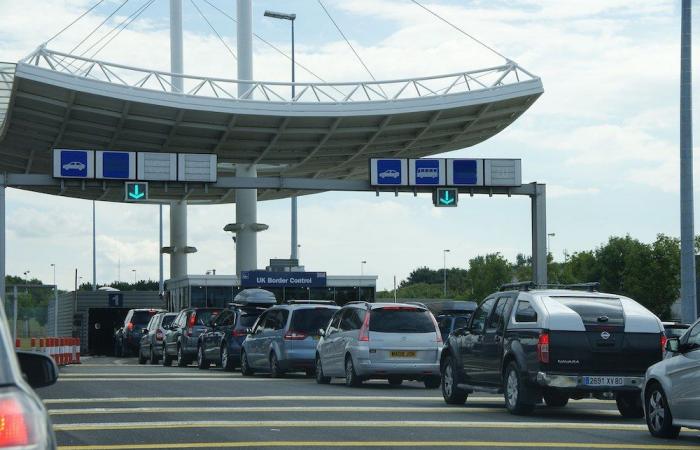 Thank you for reading the news about Briton arrested in France is aid worker, not terrorist: Advocacy group and now with the details

An investigation by the charity found that “hundreds of women and girls” were “forced into marriage, sexual slavery, domestic servitude and other forms of exploitation.”

Reprieve also found that 63 percent of British women currently detained in Kurdish camps in northeast Syria are victims of trafficking.

“After years of exploitation, including forced marriage, rape and domestic servitude, these British women and their children managed to escape ISIS (Daesh) territory and make their way to the North of the country held by the Kurdish authorities, where they are now detained indefinitely without charge or trial in desert camps,” the report said, describing conditions in the camps as “dire.”

In one camp alone, 517 people — mostly children — died in 2019, and at least two British nationals have died while in detention in northeast Syria, including one infant.

Reprieve urged the UK to repatriate British women — many of whom have been stripped of their citizenship — and ensure that they face trials if they have committed crimes.

“The UK Government claims to be leading the global fight against human trafficking and modern slavery, yet in respect of these British trafficking victims, the UK Government has adopted a policy of blanket citizenship stripping, refusing to repatriate families and denying them even the most basic consular assistance,” said the report.

“The UK Government is urged to comply with its legal obligations to identify, protect and support women and girls trafficked from the UK by ISIS.”

Maya Foa, joint executive director of Reprieve, told Arab News: “The way these women have been treated by the government and portrayed in the media is completely at odds with the reality of who they are and how they came to be detained in these camps. These are British women and girls, taken to Syria against their will or groomed by a sophisticated ISIS trafficking operation into making a terrible, life-altering mistake.”

She added: “Rather than recognize them as trafficking victims, the government has in most cases stripped them of citizenship and abandoned them. It should repatriate all British nationals in the camps, and bring prosecutions in British courts where there’s a case to answer.”

Writing in the report, Conservative MP Andrew Mitchell said: “There is no decency or justice in abandoning trafficking victims to face torture and the death penalty. These are difficult cases but Britain, as a leading member of the United Nations, must set a strong example.” He added: “We cannot wash our hands of these Britons, abandoning them in ungoverned space.”

Earlier this year, Britain’s Supreme Court ruled against high-profile “Daesh bride” Shamima Begum, saying she could not return to the UK to appeal the removal of her citizenship.

The Home Office maintains that it is prioritizing the security of its citizens by preventing the return of those affiliated with Daesh.

But in an open letter written last year, politicians including Tobias Ellwood, Tom Tugendhat and David Davis said their “indefinite detention in increasingly precarious Kurdish detention camps poses a significant security challenge to the UK, as well as significant harm to the children involved.”

Separately, Ellwood warned that if Britons are left indefinitely in Syrian camps, “we’ll see Daesh 2.0. We’ll see a repeat of Al-Qaeda regrouping and becoming a very real threat, and that threat won’t just pose itself in the Middle East, but also to Britain.”

These were the details of the news Briton arrested in France is aid worker, not terrorist: Advocacy group for this day. We hope that we have succeeded by giving you the full details and information. To follow all our news, you can subscribe to the alerts system or to one of our different systems to provide you with all that is new.