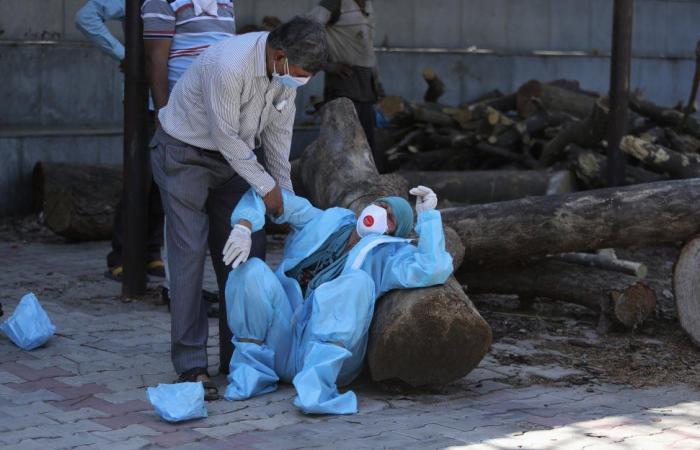 Jeddah - Yasmine El Tohamy - MAE SARIANG, Thailand: Thousands of ethnic Karen villagers in Myanmar are poised to cross into Thailand if, as expected, fighting intensifies between the Myanmar army and Karen insurgents, joining those who have already escaped the turmoil that followed a Feb. 1 coup.
Karen rebels and the Myanmar army have clashed near the Thai border in the weeks since Myanmar’s generals ousted an elected government led by democracy champion Aung San Suu Kyi, displacing villagers on both sides of the border.
“People say the Burmese will come and shoot us, so we fled here,” Chu Wah, a Karen villager who crossed over to Thailand with his family this week from the Ee Thu Hta displacement camp in Myanmar, told Reuters.
“I had to flee across the river,” Chu Wah said, referring to the Salween river that forms the border in the area.
The Karen Peace Support Network says thousands of villagers are taking shelter on the Myanmar side of the Salween and they will flee to Thailand if the fighting escalates.
“In coming days, more than 8,000 Karen along the Salween river will have to flee to Thailand. We hope that the Thai army will help them escape the war,” the group said in a post on Facebook.
Karen fighters on Tuesday overran an Myanmar army unit on the west bank of the Salween in a pre-dawn attack. The Karen said 13 soldiers and three of their fighters were killed. The Myanmar military responded with air strikes in several areas near the Thai border.
Thai authorities say nearly 200 villagers have crossed into Thailand this week. Thailand has reinforced its forces and restricted access to the border.
Hundreds of Thai villagers have also been displaced, moving from their homes close to the border, to deeper into Thai territory for safety.
“The situation has escalated so we can’t go back,” said Warong Tisakul, 33, a Thai villager from Mae Sam Laep, a settlement, now abandoned, opposite the Myanmar army post attacked this week.
“Security officials won’t let us, we can’t go back.”

These were the details of the news India posts COVID-19 daily record as worldwide cases hit 150 million for this day. We hope that we have succeeded by giving you the full details and information. To follow all our news, you can subscribe to the alerts system or to one of our different systems to provide you with all that is new.