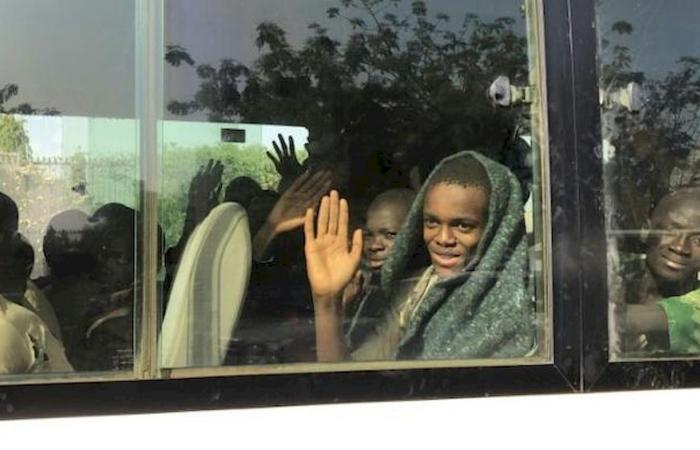 KANO (Nigeria), April 30 — A Nigerian bandit chief who led the kidnapping of hundreds of schoolchildren before accepting an amnesty deal has reneged on the peace accord with authorities and returned to crime, sources told AFP.

Awwalun Daudawa commanded the abduction of more than 500 students from Government Science Secondary School in northwestern Kankara state last December before handing himself in to authorities.

His rejection of the amnesty underscores the complexity of engaging with Nigeria’s criminal gangs, setting back efforts to end attacks and kidnappings plaguing the country’s northwest.

Some students managed to escape the Kankara abduction while 344 were released days later after negotiations with local state officials and ransom payment.

“It was only on Monday that we realised Awwalun Daudawa had returned to his old ways when he didn’t return after the expiration of the one-week period,” a Zamfara state official said late yesterday.

“We came to understand that he has joined his comrades in the forest near the border with Katsina state,” he said.

Northwest and central Nigeria have been terrorised for years by heavily armed criminal gangs who raid villages, stealing cattle, kidnapping for ransom and burning homes after looting supplies.

But violence has surged as gangs also attack travellers at bogus checkpoints on the highways and more recently have targeted schools and colleges to abduct students.

Hostages are usually released after ransom payment and those whose families fail to pay are often killed by their captors.

The bandits are known to hide in camps in Rugu forest which straddles Zamfara, Katsina, Kaduna, and Niger states. Despite deployment of troops in Zamfara and Katsina, deadly attacks persist.

This prompted some state governments to try broker a peace deals with the bandits, offering them amnesty in exchange for surrendering their arms.

In February Daudawa along with his six comrades surrendered to Zamfara state governor Bello Matawalle in his office where he handed over weapons, saying he had renounced crime, as part of the amnesty to criminal gangs, who are known locally as bandits.

According to the official who asked not to be identified due to the sensitivity of the issue, Daudawa had called some repentant bandits from his camp in the forest, informing them of his change of mind.

On April 19 Daudawa left his lodging in Zamfara state capital Gusau on the pretext of meeting some criminal gangs in the forest to convince them accept an amnesty offer and release some hostages, a Zamfara state government official told AFP.

According to sources with knowledge on activities of bandits, Daudawa never surrendered all his weapons and maintained contact with his gangs in the forest.

“He (Dauda) is definitely back in control of his gangs in Jaja forest in Zurmi district near the border with Katsina state,” said one source who asked not to be identified for security reasons.

The criminal kingpin told Zamfara officials hosting him that he wanted to meet the kidnappers of 39 students abducted from a forestry college in neighbouring Kaduna state in March to persuade them to release the remaining 29 students in their custody, the source said.

“Daudawa was too smart for the Zamfara government,” said a second source.

“He only surrendered one-fifth of his weapons and was using the upkeep payments he was receiving from the government to maintain his men in the forest whom he asked to cease fire,” the second source said.

In a telephone recording released on social media, the bandit chief was heard discussing payments with a go-between. State officials have always denied any ransom was paid.

Security analysts have warned of infiltration of criminal gangs in the region by jihadists who are waging a more than decade-long insurgency in the northeast, a claim the government admitted recently.

Following the Kankara abduction, Boko Haram leader Abubakar Shekau claimed responsibility in a video showing some of the children in an undisclosed forest, confirming they were taken by “Shekau men”.

Security sources had told AFP the abduction was carried out by Daudawa in collaboration with Idi Minorti and Dankarami, two bandits with a strong following, on the orders of Shekau.

Daudawa, 43, was an armed robber and a cattle rustler before he turned to gun-running.

He began bringing in weapons from Libya, where he had received training from jihadists, selling the arms to bandits, security sources told AFP.

He forged an alliance with Boko Haram and became their gunrunner, taking weapons the group seizes from the Nigerian security forces in raids and ambushes and selling them to bandits for a cut. — AFP

These were the details of the news Nigerian kidnap kingpin reneges on amnesty deal for this day. We hope that we have succeeded by giving you the full details and information. To follow all our news, you can subscribe to the alerts system or to one of our different systems to provide you with all that is new.