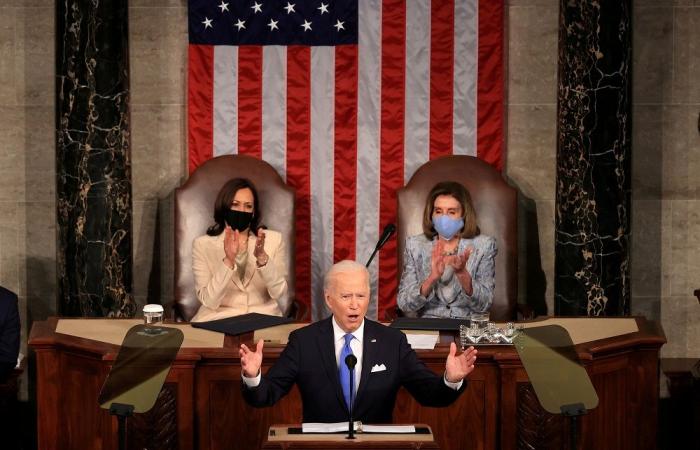 Hello and welcome to the details of Biden speech draws 26.9 million viewers on US TV networks and now with the details

Biden's audience slumped nearly 44 per cent below the TV viewership for Republican President Donald Trump's first address to a joint session of Congress in 2017. Trump's remarks pulled in 47.7 million TV viewers on 11 networks.

In Wednesday's speech, Democrat Biden proposed a sweeping new US$1.8 trillion (RM7.4 trillion) “American Families Plan” and pleaded with Republican lawmakers to work with him on divisive issues.

The figures include people who watched via traditional television as well as some who streamed the speech via internet-connected TVs, but they do not capture all online viewership.

Television audiences for live events have fallen sharply in the past year as audiences have gravitated to on-demand streaming services. ― Reuters

These were the details of the news Biden speech draws 26.9 million viewers on US TV networks for this day. We hope that we have succeeded by giving you the full details and information. To follow all our news, you can subscribe to the alerts system or to one of our different systems to provide you with all that is new.