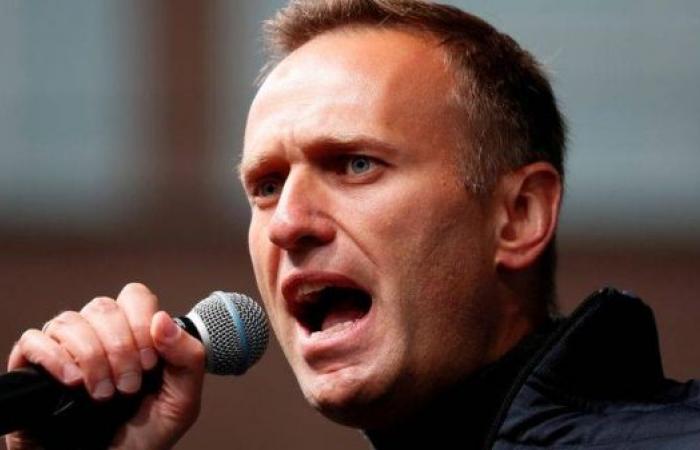 We show you our most important and recent visitors news details 'I'm just a creepy skeleton,' says Navalny after ending hunger strike in the following article

Hind Al Soulia - Riyadh - BRUSSELS — Alexei Navalny made his first appearance on Thursday after announcing the end of his three-week hunger strike.

It was for a court case appealing a conviction for allegedly defaming a World War II veteran.

The jailed anti-corruption activist, the most prominent critic of Vladimir Putin, told the court via a video link: "I'm just a creepy skeleton."

Looking gaunt with a shaved head and blue penal uniform, Navalny confirmed he had resumed eating and said he now weighs 72 kilograms.

"I weighed this much in seventh grade," the 44-year-old said.

Navalny went on a hunger strike for 24 days over the authorities' alleged refusal to let him see his personal doctors after he complained of severe back pain, which his team said might be a symptom of the nerve agent attack against him.

He announced he would resume eating on April 24 after having been examined by new physicians and losing sensitivity in his legs and hands. He credited the medical access to pressure exerted by his supporters — mass protests were held across Russia on April 22 — and the international community. He stressed however that he would continue to demand being allowed to see his personal medical team.

His appearance comes as his Anti-Corruption Foundation (FBK) announced that it is closing its network of offices after being ordered to do so by a court earlier this week.

The Moscow Prosecutor's Office petitioned the court earlier this month to declare the foundation a terrorist organization.

Leonid Volkov, who as Navalny’s top strategist runs the regional offices, said Thursday that preserving the network in its current state “is impossible” because of the extremism charges but rebranding them wouldn’t help either.

“Unfortunately, it is impossible to work in these conditions. We’re officially dismantling the network of Navalny’s headquarters,” Volkov said on the messaging app Telegram.

He assured supporters however that the team wasn't giving up.

“The networks of Navalny's headquarters doesn't exist anymore, but there are dozens of strong and tough regional politicians, thousands of his supporters, there are strong and independent political organizations which will work on investigations and elections, public campaigns and rallies. You will help them, and they will succeed,” Volkov said.

Navalny is currently serving a two-and-a-half years jail sentence for breaching the terms of his probation — regarding a previous case for embezzlement — while he was recovering from his August 2020 Novichok attack in a hospital in Berlin, Germany.

He set up the non-profit foundation in 2011 to expose corruption in Russia. Several of his allies were elected to local and regional seats last September. — Euronews

These were the details of the news 'I'm just a creepy skeleton,' says Navalny after ending hunger strike for this day. We hope that we have succeeded by giving you the full details and information. To follow all our news, you can subscribe to the alerts system or to one of our different systems to provide you with all that is new.